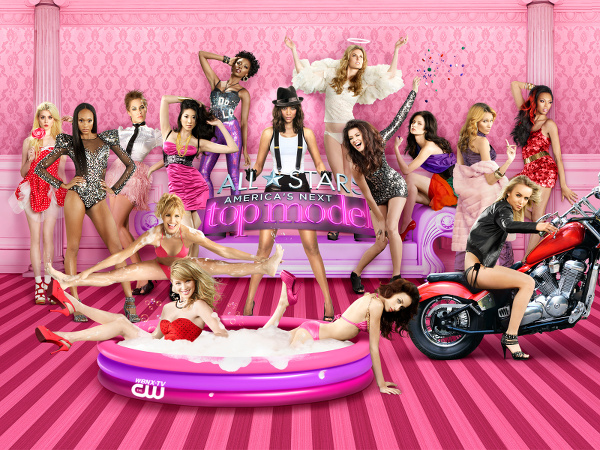 Back in December of 2014, news broke that former America’s Next Top Model contest and dethroned “All Star” season winner Angelea Preston was suing Tyra Banks for $3 million dollars.


According to documents filed by Preston, she was wrongfully stripped of her crown after producers of the show learned that she had worked as an escort.

According to a recent interview,

Preston has claimed that the girls were often forced to film for 16 or 17 hours without food or water and that for lengthy periods the contestants were ‘put on ice’ meaning they were not allowed to eat, drink or talk until called upon for filming. According to Angelea they were often kept in a holding room ‘on ice’ for hours on end, guarded by members of the production team.

And she has alleged that on one occasion crew withheld medical care when she suffered an anxiety attack and exhaustion following her final runway shoot so that the dramatic scenes could be captured on camera.

She said: ‘I used to admire Tyra so much. I wanted to be like her. I don’t want to be like her now. Tyra was non-existent. The only time we saw Tyra was at panel. Tyra never came in to talk to us personally.

‘When the cameras stopped rolling it’s like she’s a stranger.’

And, while ANTM hopefuls’ backstories often feature prominently in the show, Preston, who grew up in poverty in Buffalo, New York and also suffered the loss of her three-week old daughter, claims that her story was used to exploit her.

At the time Tyra appeared genuinely moved and engaged by Angelea’s tragic loss. She recalled: ‘When I came on the show Tyra’s trying to act so concerned. But by cycle 17 she completely forgot I had a daughter. It was all about exploitation. I didn’t know it first time round. I thought I was going to live out my dreams.’

She also claims that the way the show portrayed her during her original appearance on Cycle 14, ruined her modeling career and made her unemployable by giving her a bad reputation. She struggled to make ends meet and made the hard decision to start escorting.

Angelea insisted that her experience as an escort lasted barely one month and did not overlap with her taking part in America’s Next Top Model.

She admitted: ‘I was in a very, very tough spot. I did some things for money that I’m not proud of. It was escorting. I had to survive. I had no money. I had no income.

‘It was a stupid decision that lasted a month and I got out and it came back to bite me.’

Preston maintains that her past as an escort did not violate her contract with America’s Next Top Model. So far neither the show, nor Tyra Banks has responded to requests for comment on Preston’s lawsuit.