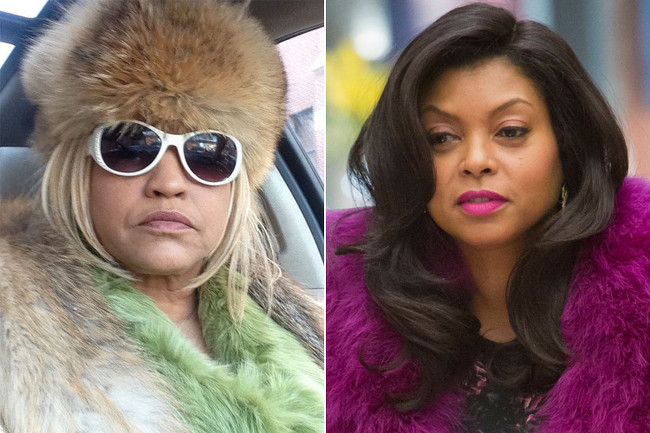 Detroiter and former drug kingpin Sophia Eggleston, is claiming that she was the original inspiration for Taraji P. Henson’s character Cookie Lyon, on FOX’s EMPIRE. According to Eggleston, the fact that she and Cookie share a love of brightly colored furs and designer goods, is more than a mere coincidence. She’s so sure that her life served as inspiration for the show, she’s even filed a $300 million lawsuit against co-creator Lee Daniels

Eggleston, 53, who says in the suit she was a “drug kingpin” who did jail time for manslaughter for placing a “hit” on a man, claims she wrote her life story into a memoir about her “early drug lifestyle” titled “The Hidden Hand.” In 2011, she traveled to LA to meet with screenwriter Rita Miller and gave Miller a copy of her book. Her copyright suit, filed in US District Court in Michigan, says she got a call from Miller several months later saying she was going to pitch her story to Daniels.

But when the show aired in 2015, Eggleston says, the Cookie character “was similar in behavior, style of dress, and background” to her. The suit says she was “dismayed to see the various similarities of events and characters . . . so numerous and specific, especially . . . Cookie Lyon, that independent creation was obviously impossible.”

The suit alleges specific similarities to Eggleston’s life: “Cookie was a drug kingpin that went to jail. So did plaintiff Eggleston. Cookie is released from jail confinement and immediately places a hit on a certain individual. Plaintiff . . . actually was jailed for doing the actual hit on a man.”

In the past, Lee Daniels has stated that he drew from a wide range of sources to craft the narrative around the Lyon family, including his own personal life and the Kennedy family.

As for Cookie’s inspiration, Taraji P. Henson says that Cookie is part Lil’ Kim and part Foxy Brown. Other aspects of the Lyon matriarch’s distinct personality were inspired by Henson’s own father.

No word yet from Henson or Daniels about this latest lawsuit, but this isn’t the first time the show has found itself in legal trouble. Earlier this year, reports surfaced that rapper/mogul Sean Combs was suing the show, claiming that his life served as the inspiration for Lucious Lyon.