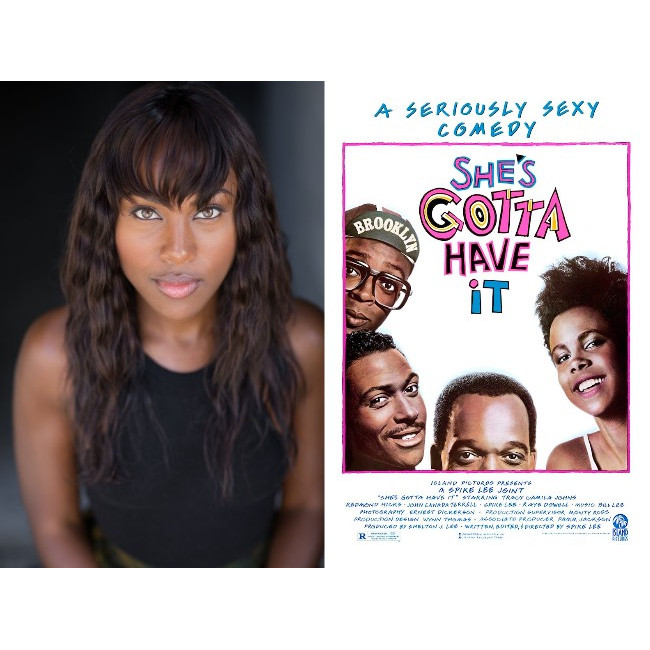 DeWanda Wise is set to play the lead role of Nola Darling in the upcoming Netflix series “She’s Gotta Have It.” The project is based on the 1986 indie film of the same name by Spike Lee and will also be directed by Lee, alongside his wife Tonya Lewis Lee. Darling was originally played by Tracy Camilla Johns.

According to Deadline, the Netflix series will be based in Broklyn and will get a contemporary spin.

The series centers on Nola, a Brooklyn-based artist in her late 20s struggling to define herself and divide her time amongst her friends, her job and her three lovers: the cultured model Greer Childs; the protective investment banker Jamie Overstreet; and Da Original B-Boy Sneakerhead Mars Blackmon, who still wears Jordans but now is a social-media phenomenon. Wise’s Nola Darling is a sexually liberated, free spirited painter/mixed media artist.

All 4 actors in the main cast are experienced up and comers with a range of projects under their belt — from indie films to television series. Wise is also set to star in the upcoming controversial Fox series “Shots Fired.” She appeared in WGN’s Underground as well as in the indie feature How to Tell You’re a Douchebag .

While the original She’s Gotta Have It was in many ways groundbreaking, it has also been the rightful subject of many of black feminist critique over the years. I’m hoping that the new series will somehow address these critiques by offering more a black woman’s point of view in terms of the writing and direction.