Documentaries. ‘Korla’ Tells The Story of a Black Man Who Became a Cultural Icon By Passing as Indian. 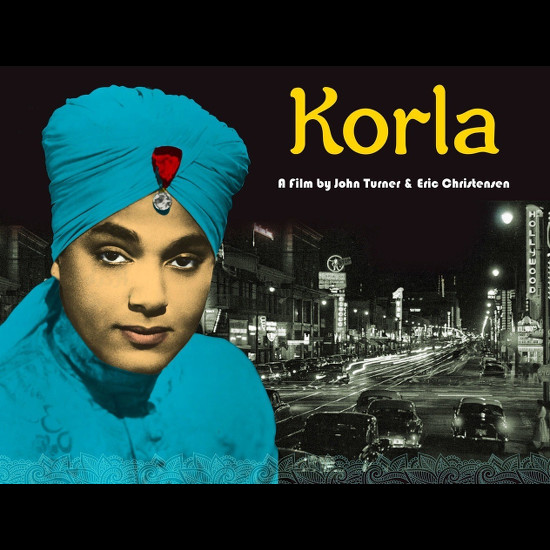 To his friends, colleagues, and fans, Korla Pandit was an international man of mystery. Pandit’s particular brand of mystical piano music and seemingly exotic performance style was first introduced to mainstream audiences in 1949, via his television show, Korla Pandit’s Adventures In Music. But just how many people knew his secret and the story behind Korla Pandit remains up for debate.

Though he was actually born John Roland Redd in St. Louis, Missouri in 1921, to black parents, Korla Pandit often told a story of being born in New Delhi to a Brahmin priest and a French opera singer. He also claimed that he made his way to the United States as a young child, after living in England.

Before becoming Korla Pandit, Redd tried his hand at being Mexican, performing under the name Juan Rolando. His lighter skin and nearly straight hair, likely due to his mother being biracial, afforded him a degree of racial ambiguity that made his transformation believable.

In 1949 Korla Pandit made his grand entrance into the world of Hollywood, in 1951 he made his first national television appearance. Pandit performed in lounges, nightclubs, and concert venues at the height of his career, eventually performing in smaller spaces such as restaurants when his television career started to die down in the 1970’s. A renewed interest in his work in the 1990’s and a cameo in Tim Burton’s 1994 biographical film, Ed Wood solidified his cult status. After Pandit’s 1998 death, his real identity and life still remained a mystery to many.

Korla, a documentary created by Eric Christensen and John Turner, explores the life and career of Korla Pandit and also pays homage to his influence on American performance and Hollywood culture.

Korla Pandit was a spiritual seeker, a television pioneer and the godfather of exotica music. Known for his hypnotic gaze, Korla captured the hearts of countless Los Angeles housewives in the 50s with his live television program that featured a blend of popular tunes and East Indian compositions, theatrically performed on a Hammond B3 organ. In the 90s he resurfaced as a cult figure with the tiki / lounge music aficionados, filling clubs, skating rinks and bars with retro hipsters. Often pegged as a “man of mystery”, Korla lived up to that billing when he took an amazing secret with him to his grave in 1998 – one that is revealed in Korla.

Korla is currently screening at film festivals and venues across the country, and will hopefully be released on VOD and DVD sometime in 2017. For screening information go to the film’s official website and Facebook page.