Dr. Saida Grundy Responds to Controversy At Boston University Over Her Tweets. 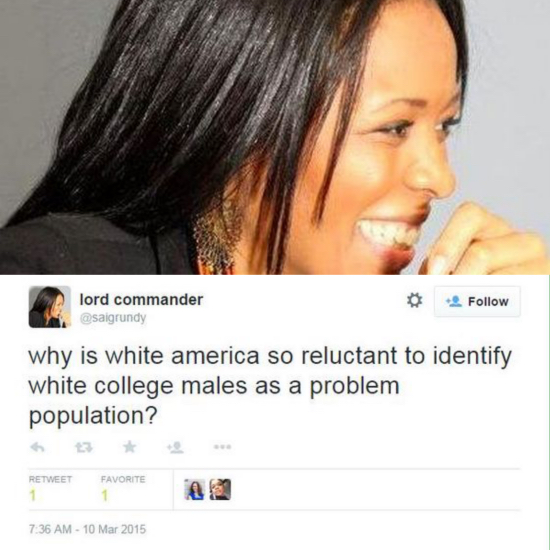 As we reported this morning, racially-charged tweets by Dr. Saida Grundy, an incoming professor at Boston University, have been causing quite a stir both on and off campus. The statements, which came to light after being featured on a conservative college blog, have many calling for Grundy to be fired.


In a statement sent to students and faculty at Boston University, the university’s president Robert A. Brown calling Grundy’s words hurtful, but did not indicate that she would be fired.

Grundy, who has received messages of support, responded to the controversy in a statement earlier today.

According to the Associated Press,

“I regret that my personal passion about issues surrounding these events led me to speak about them indelicately,” she said in a statement. “I deprived them of the nuance and complexity that such subjects always deserve.”

Grundy has also received many messages of support from those that feel her statements are the start of very necessary conversations about race in America.

“Racism extends to virtually every institution in American society—including higher education,” a petition in support of Grundy reads. “Calling Professor Grundy’s tweets racist minimizes the very real effects of racism for people of color in the United States.”