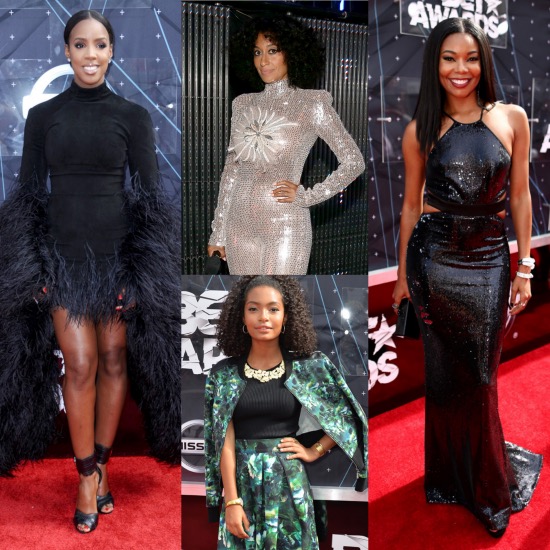 The BET Awards are essentially the black Oscars and the Black Grammys rolled into one. Stars always bring their “A” game, and of course this year was no different. Tracee Ellis Ross definitely fulfilled her hosting duties with, while Janet Jackson made a grand entrance as she accepted the Ultimate Icon Award. Taraji P. Henson scored a win for Best Actress, and Nicki Minaj won the award for Best Female Hip-Hop Artist. Mo’ne Davis and Serena Williams also received honors with the Youngstars award and the Sportswomen of the Year award. For clips and encore airing dates, head over to BET.com.

Laverne Cox and B. Scott