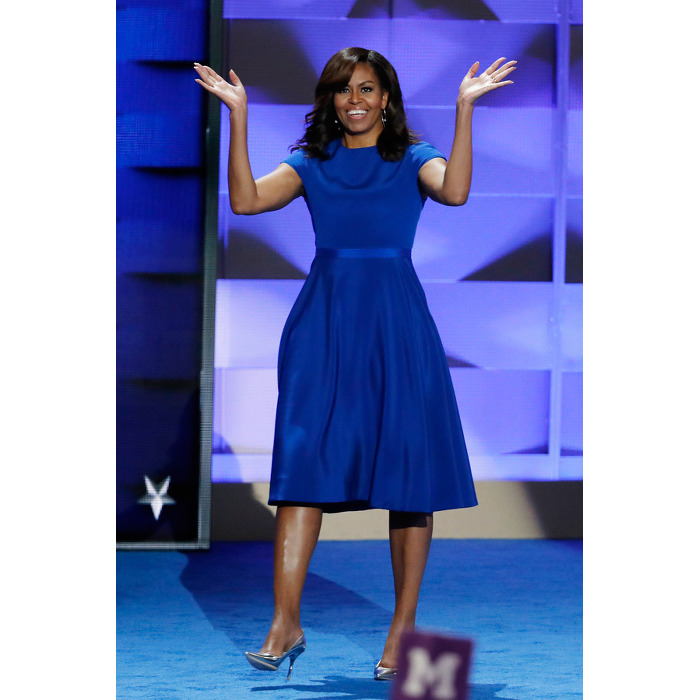 Michelle Obama delivered a killer speech at day one of the Democratic National Convention in Philadelphia last night. The 4-day event is expected to bring in as many as 50,000 people, ranging from attendees and supporters to protesters.


The first lady wore a simple blue number by Christian Siriano as she hit the stage to show her support for Hillary Clinton. Obama also talked about her experiences as a mother raising two daughters in the public eye in the White House.

Designer Christian Siriano has garnered praise over the years for his commitment to dressing stars and public figures with diverse body types. The Project Runway alum recently stepped in when Ghostbusters star Leslie Jones revealed that she had been having trouble securing a dress for the film’s premiere.