Former America’s Next Top Model Contestant Speaks Out on That Infamous Scene. 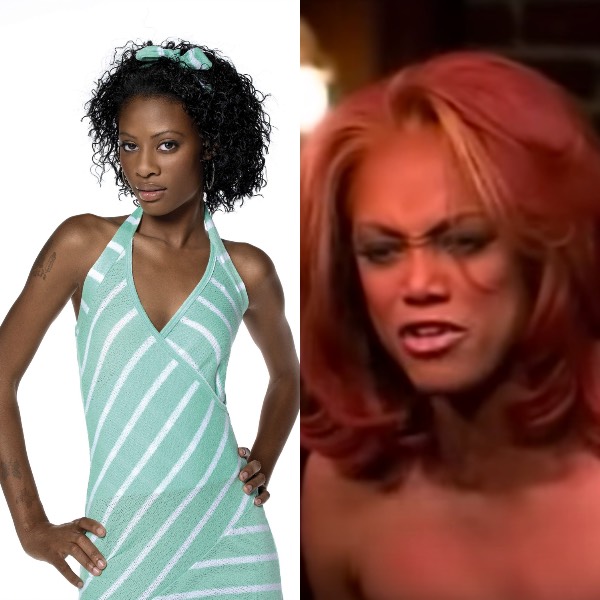 The early aughts ushered in a brave new era of reality television that gave birth to memes that have stood the test of time. America’s Next Top Model was a leader of the pack, inspiring many a fashion/model reality show for years to come.

Back in 2005, during cycle 4 of show, Tyra Banks delivered an epic set of lines, in an apparent form of tough love, that have been gif-ed and memed endlessly for the past 12 years.

“We were all rooting for you!” Banks shouted at recently dismissed contest Tiffany Richardson. When Richardson, then 22-years-old, accepted her loss with a stoic reserve, Banks unleashed a tirade to end all reality television tirades. Years later, Richardson reveals that Banks’ meltdown was actually cut for time — and that it wasn’t scripted.

“It was deep, it was passionate…the music’s going, Tyra’s beautiful self yelling [at the] poor little black girl,” Richardson told Buzzfeed in a feature interview. “It was beautiful for TV. They love to see black girls struggling and somebody coming to save her… and that just didn’t work out that way this time.”

Richardson also revealed that, in order to be considered for America’s Next Top Model, she had to undergo a psychological evaluation to assess her emotional stability. She didn’t make the cut for cycle 3, but switched up her answers when she auditioned for the show a second time around, and ended up being cast for cycle 4.

While Banks hasn’t said much about the incident over the years, save for a few light references, Richardson takes her internet fame in stride.

“Oh, I don’t give a fuck, people are gonna laugh anyway,” she said. “People ain’t shit. Humans are not shit, okay? They’re gonna laugh, it doesn’t matter. It doesn’t bother me.”