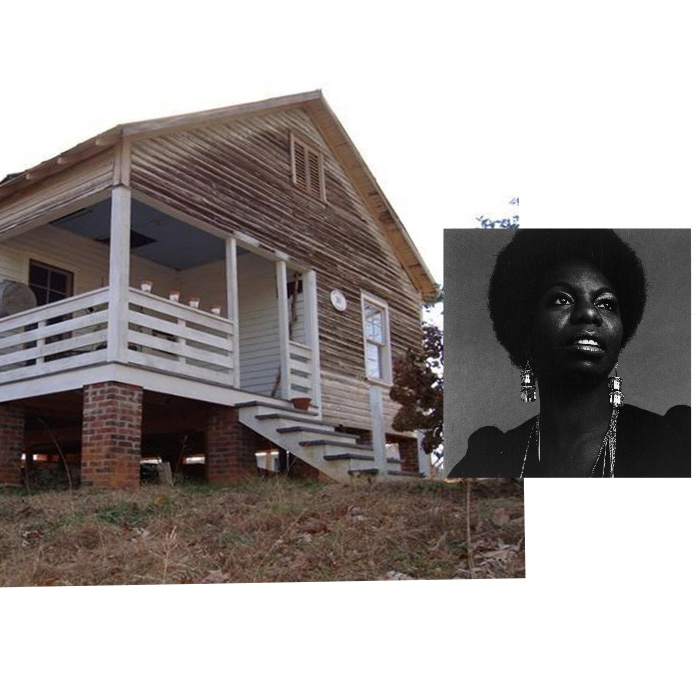 The childhood home of Nina Simone now has a permanent place in history, thanks to the efforts of artists Adam Pendleton, Ellen Gallagher, Julie Mehretu, and Rashid Johnson. They joined forces to pool over $95,000 in order to beat competing bids of purchase the home at 30 E Livingston St. in Tryon, North Carolina.

The purchase is not only an act of preservation and history but also a political act.

“It wasn’t long after the election that this all began to happen, and I was desperate like a lot of people to be engaged, and this felt like exactly the right way,” Johnson, 39, tells the New York Times.

Simone passed away in 2003 at the age of 70, but her name and music have experienced a mainstream resurgence — thanks in part to an critically panned biopic starring Zoe Saldana and a gripping Netflix documentary.

Born Eunice Kathleen Waymon, the 6th child of 8, Nina Simone was delivered in the North Carolina home and lived there until she completed high school. While Tryon was segregated, it wasn’t marked by the harsh racial divisions of neighboring areas. Her time spent there, however, informed Simone’s artistry and activism.

As for what’s next for the house, Pendleton, Gallagher, Mehretu, and Johnson are still figuring things out.

“We don’t have a blueprint for our ideas yet, but I think sometimes artists are the best people to deal with really tricky questions,” said Pendleton. “Like, for instance, how to honor the legacy of someone as vital and complicated as Nina Simone.”