Get To Know The Lovely Anika Noni Rose. 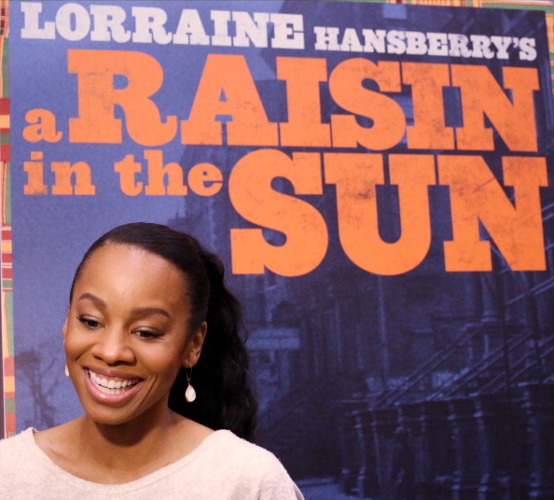 You’re probably well acquainted with the lovely Anika Noni Rose who’s been in films from ‘The Princess and the Frog,’ ‘Dreamgirls’ and “For Colored Girls…”. The Tony-award winner (Caroline or Change) is currently holding her own on stage in A Raisin in the Sun, with the likes of Denzel Washington, Sophie Okonedo (Hotel Rwanda/Skin) as Beneatha, the younger sister of the main character Walter (played by Washington). The show has gotten favorable reviews-even the Obamas couldn’t resist going to see the play. Tickets are hard to come by but I would still suggest trying to snag one or two.


Get to know Anika: She/She’s…

– Been to five countries in Africa.

-Would love to be a travel photographer.

-Does’t enjoy eating “American” food when she’s in another country.

– An avid and fast reader. Usually finish most books in a day or two. Usually working on a couple at a time; 1 for train, 1 for house.

-Would love to bring back stylish hats and gloves for the everyday woman.

– An adventure fiend. “If there’s something to throw, kick, run or jump over…I’m down”.