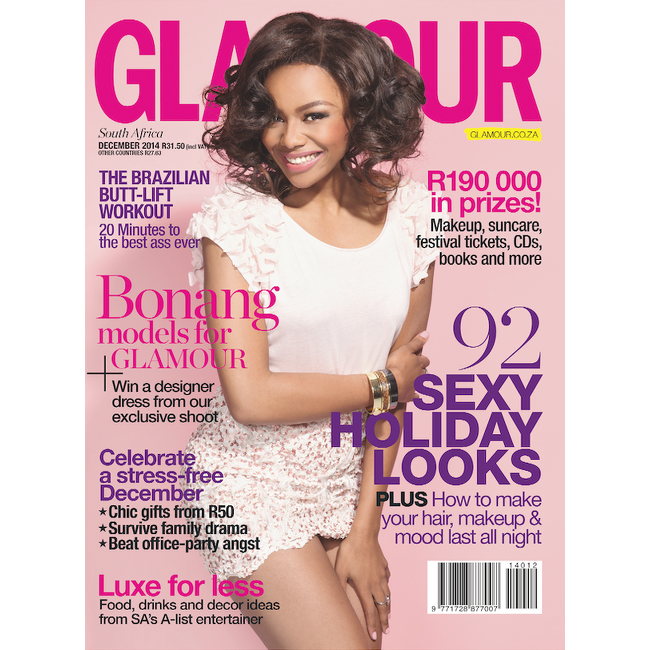 Glamour South Africa recently unveiled it’s December 2014 cover, which is graced by the lovely Bonang Matheba, a South African television presenter and radio personality. And while many are congratulating her, others have a few questions.


Pontsho Pilane points out in a post for The Daily Vox,

In a county where 70% of the population is black, it is both shocking and disturbing that a South African women’s magazine has never had a local black personality on its cover. Or is it just us?

While South Africa boasts an active fashion industry with many publications featuring local models and talents, I agree with Pilane’s assertion that the South African version of an international publishing brand featuring a black South African cover model after 10 years, is pretty disturbing, indeed.