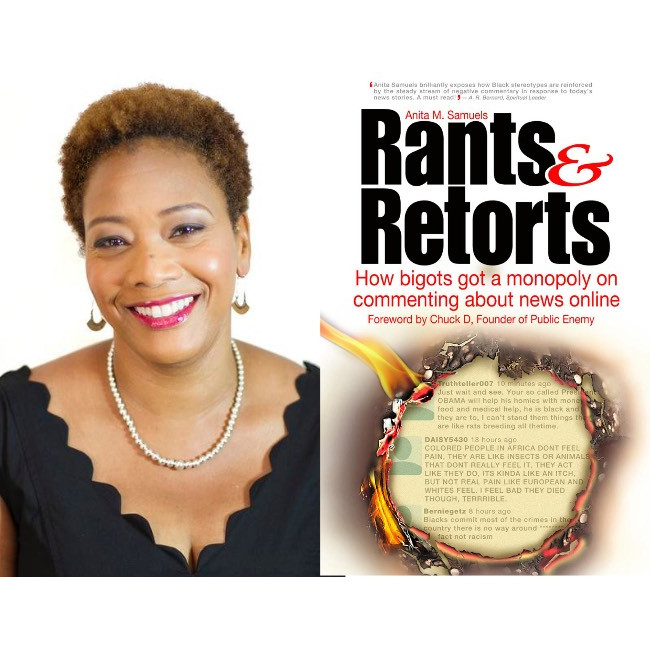 Racist trolls have been a part of online spaces since the early days of chatrooms. While many of us have becoming accustomed to ignoring and blocking them, writer Anita M. Samuels posits that racist trolls are actually taking over the internet.

In Rants & Retorts: How bigots got a monopoly on commenting about news online, Samuels examines the rise of racist trolls in relation to the 2008 election of Barack Obama, America’s first black president. That same year Samuels, while working as a contributor to the New York Daily News, noticed an increase in racist comments, particularly toward African Americans. Many of the comments even appeared in articles that had nothing to do with race.

Samuels amassed reader comments over several years and also interviewed some 30 experts on media, culture, psychology, and technology. She argues that racist online commenters have caused a larger cultural shift — an observation that is especially timely in light of the recent election.

“I decided that the commentary should be documented as a 21st-century tool for the high-speed spread of racism by lay people,” said Samuels.