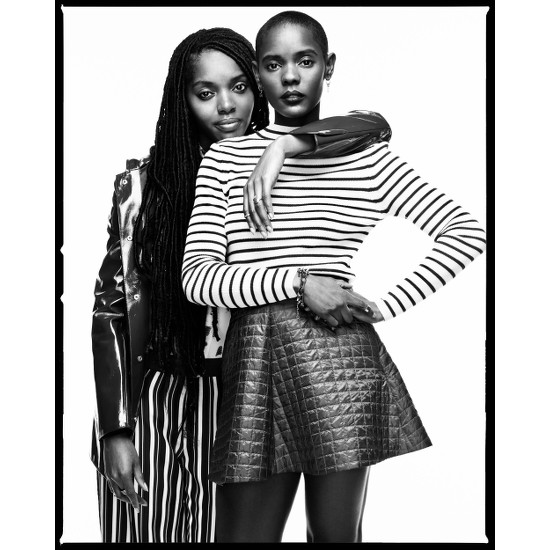 Race in the fashion industry has been an ongoing conversation for years now, but save the occasional controversy, the dialogue tends to focus on models as opposed to those behind the scenes. In reality there are a lot of players, at all levels, who help the industry function. In this piece for Vice Magazine, several industry insiders from models, to casting directors, to designers talk about their experiences and whether or not they think they industry is racist. Nigerian-American designers and sisters Darlene and Lizzy Okpo, of William Okpo, had this to say about their experiences as two young black women in the industry.


“Our experience in the fashion industry has always been a hot and cold situation. They pre-judge what and who we are. We are often seen as the designer sisters who do streetwear. We look at that and say, Our aesthetics can sometimes be no different than Carven or Alexander Wang, why are we streetwear and they are considered ready-to-wear? Even if they see the collection, they still consider it urbanwear even when it is full of suit jackets and flowy dresses.

“We grew up watching Martin and the character Shanana was a typical person we would see in our neighborhood. I find it so funny that now Vogue, who has been scared of that woman who shook her head and rolled her eyes, puts her in their editorials with baby hairs, Timberlands, and bamboo earrings. I felt like that was something that we were told, ‘You better not do that’ because then we would be a stereotype. Then you see white men walking down the runway with du-rags. They think they are showing appreciation, but I see it as mockery because I couldn’t do it. If I do it, it is considered urbanwear. If they do it, it is considered art.” – Lizzie

“In the beginning, we were two young Nigerian-American girls, and often we didn’t see people who looked like us. When we first started, we went to a factory and they thought we were the interns—and that still happens. I think the hardest part was going into a meeting or factory and really standing your ground and not fitting that stereotype that they do put on you, that we are urban. The biggest thing has been proving ourselves and it’s heartbreaking.

“We are trying to be that positive energy for young girls. There aren’t a lot of programs that are fashion based, where you could just tell a girl who grew up in Bed-Stuy that she could be a fashion designer. [Blacks] have a lot of buying power, and we spend a lot of money, but we aren’t represented on the business side. It’s hard when you are the only one. I have so many girlfriends who can say the same thing: ‘I am the only black girl in this big company.’ You don’t want to talk about it, but sometimes you have to.” – Darlene