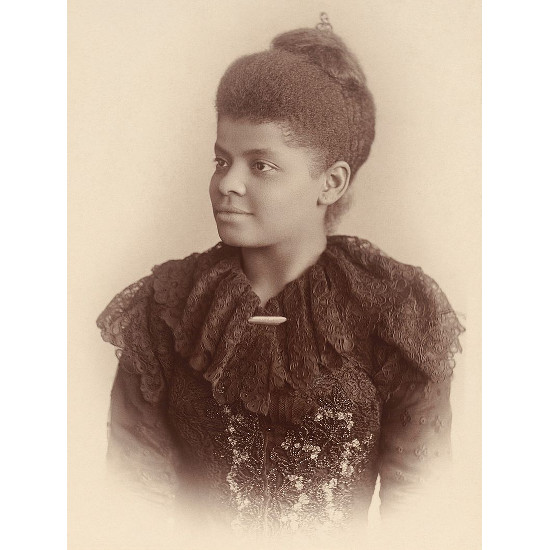 On her 153rd birthday, Google honors Ida B. Wells (July 16, 1862 – March 25, 1931). Wells was a Civil Rights Activist, suffragist, journalist, and newspaper editor. She was born a slave in Holly Springs, Mississippi in 1862, only a few years before President Lincoln would issue the Emancipation Proclamation.


During her career as a journalist, Ida B. Wells spearheaded an anti-lynching campaign. She found that most blacks who had been lynched were killed for failing to pay debt or for minor offenses, as opposed to attacking white women, which was the common claim at the time.

Wells was also active in the women’s suffrage movement, as well as several associated women’s organizations.

Ida B. Wells was a voracious reader, and had devoured the entirety of Shakespeare and Dickens before she turned twenty. A gifted writer and orator, she was unabashedly candid–in her diaries, she describes the heroine of Les Miserables as “sweet, lovely and all that, but utterly without depth… fit only for love, sunshine [and] flowers.”

Such sweetness was simply not her style. Fearless and uncompromising, she was a fierce opponent of segregation and wrote prolifically on the civil injustices that beleaguered her world. By twenty-five she was editor of the Memphis-based Free Speech and Headlight, and continued to publicly decry inequality even after her printing press was destroyed by a mob of locals who opposed her message.

In 1894, while living in Chicago, she became a paid correspondent for the broadly distributed Daily Inter Ocean, and in 1895 she assumed full control of the Chicago Conservator. As Matt Cruickshank illustrates in today’s Doodle, Wells also travelled and lectured widely, bringing her fiery and impassioned rhetoric all over the world.

Today, for her 153rd birthday, we salute Ida B. Wells with a Doodle that commemorates her journalistic mettle and her unequivocal commitment to the advancement of civil liberties.