Grammys Round Up. Alabama Shakes. Kendrick Lamar. Beyoncé. The Red Carpet. And More. 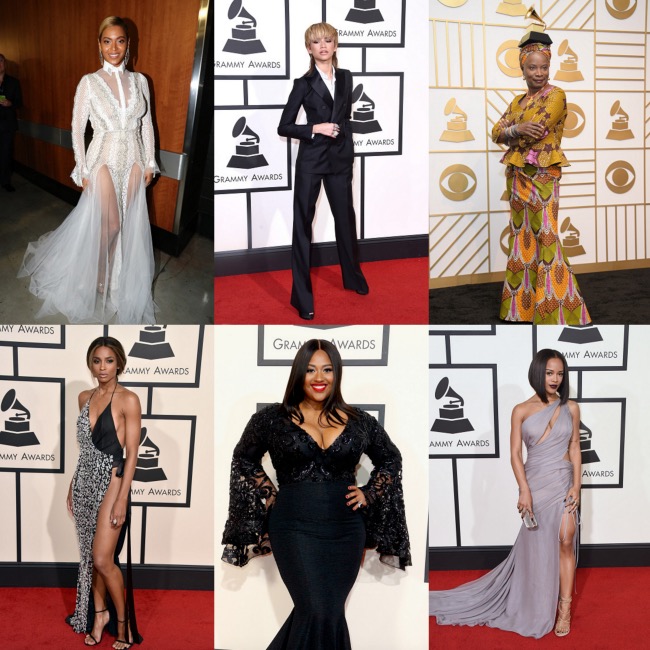 Beyoncé made an appearance to present the last award of the night, “Record of the Year,” to her fellow Super Bowl performer Bruno Mars.

Rihanna, Nicki Minaj, and Lauryn Hill were “no shows.”

Despite earlier reports, the three artists did not perform last night. Rihanna is reportedly dealing with Bronchitis. While Lauryn Hill’s camp released a statement denying that her performance had been confirmed.

“The Grammy’s announced a performance by Ms. Lauryn Hill prematurely and without approval. Ms. Hill had concerts all weekend, leaving no time to prepare, and was uncertain she would even be able to make it to LA in time to rehearse for the event. Any performance that could have happened was never confirmed, and should not have been advertised as such. Ms. Hill was invited to do a collaboration with an artist she appreciates. The performance was intended to be a surprise and unfortunately due to its last minute nature, was unable to come to fruition.”

Fans were led to believe that Nicki Minaj would be performing due to her appearance in commercials promoting last night’s festivities. She cleared up everything with an Instagram message.

I know I'm in the commercial but I actually won't be performing. I want to thank the Grammys for being super sweet & supportive & for recognizing The Pinkprint. Maybe next year will make more sense in terms of timing and I'll create a very special performance for you guys. In the mean time, enjoy the show!

The songstress topped off her look with a clutch by Emm Cuo.