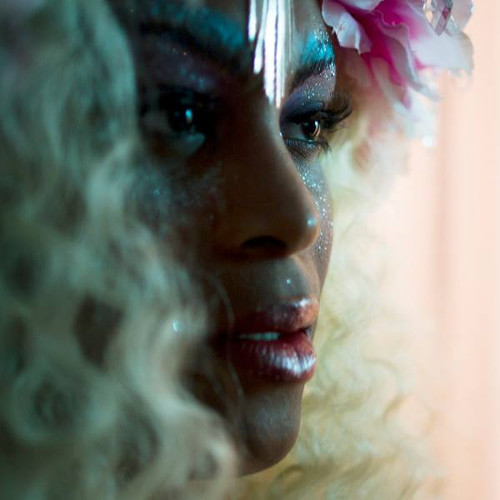 Last month, a trailer for the upcoming film Stonewall, a film about the legendary Stonewall riots which took place at a venue of the same name, in New York City on June 28, 1969, spurred outrage throughout the LGBTQ community.


The film, which depicts the political awakening of a white, cis male, main character, showed that same fictional character throwing the first brick during a police raid at the Stonewall Inn. In reality, Marsha P. Johnson, an artist, performer and trans activist is credited by actual onlookers and participants as having thrown the first brick. Despite this reality, Stonewall reduces Johnson, and close friend and fellow trans activist Sylvia Rivera, to mere background characters.

Members of the LGBTQ community, activists, and allies spoke out against the erasure of trans women of color and called for a boycott of the film. Many of those who were actually there during the events at Stonewall also criticized the film.

It’s so disappointing. They keep doing this! My first thought is: how dare they attempt to do this again? A few years ago they did another Stonewall movie, and I swear if I saw a black person, it had to be a shadow running against the face of somebody who was white!

It’s absolutely absurd — you know, young people today aren’t stupid. They can read the history, they know that this is not the way it happened. These people can’t let it go! Everybody can’t be white! This is a country of different colors and people and thoughts and attitudes and feelings, and they try to make all of those the same for some reason.

Let’s wake up, I mean, gosh, I know this is a serious thing but let’s keep some humor here. These people need to be acknowledged for the role they played. And that they existed! It’s so important that they at least realized that Marsha and Sylvia existed and that they did so much to help the community. And they tried to work with the [mainstream LGBTQ Community]. For me and the girls who lived Uptown, they did so much.

Titus Montalvo, a Puerto-Rican hairdresser, who is also a Stonewall veteran recently spoke to Michael Musto for OUT Magazine about his experience during the riots.

What percentage of the crowd was Hispanic or black?

At least 70%. The Spanish group was the Delightful Ladies. The black group was the Blackwell. There were no leather queens there. There were leather bars for leather people. The majority of people at Stonewall were either drag queens or gay men of color. You could never go to Julius [a nearby bar] unless you were extremely conservative and well dressed. We were never allowed there.

One positive aspect of the opposition to Stonewall is renewed interest in Happy Birthday, Marsha!, a short film directed and written by Reina Gossett and Sasha Wortzel. According to the filmmakers, the film is based on actual accounts of the events that took place on the day of the riots.

It’s a hot summer day in June, 1969. Marsha throws herself a birthday party and dreams of performing at a club in town, but no one shows up. Sylvia, Marsha’s best friend, distraught from an unsuccessful introduction between her lover and her family, gets so stoned she forgets about the party. Marsha, Sylvia, and friends eventually meet at the Stonewall Inn to celebrate Marsha’s birth. When the police arrive to raid the bar, Marsha and Sylvia are among the first to fight back.

The project, which stars Tangerine actress and trans woman Mya Taylor as Marsha P. Johnson, gained a lot of press last year, along with a successful crowdfunding campaign.

To learn more about the film, which is still in the process of raising funds, go HERE.