Has Your Favorite Show Caught Empireitis? The Affliction of Black Hypervisibility and Veiled Critiques. 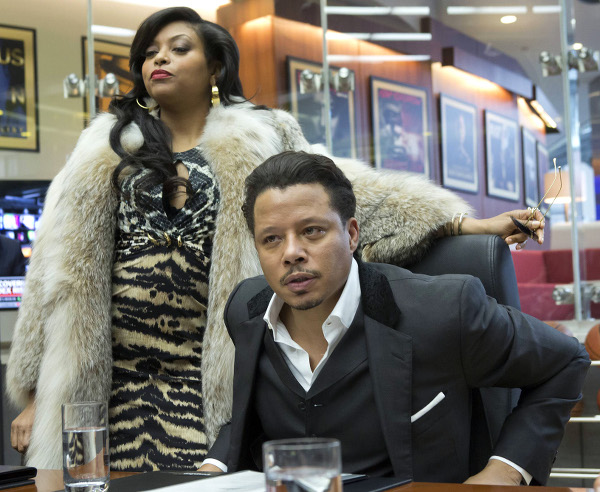 Circa 2006, a particularly clever and intrepid internet user, and likely Beyoncé stan, coined the phrase “Beyonceitis.” King Bey was barely at the beginning of her meteoric rise, but, it was pretty clear, at that point, that she was going to take over the world.


With a new, more female-driven, pop climate, “Beyonceitis” was born. Beyonceitis marked a seismic shift in the expectations of female pop stars.

As the creator of the term Beyonceitis points out,

If one looks in the history of female entertainers they’ve either fallen into one of two categories: 1. Singers 2. Entertainers. The thinking behind the two groups being either you were singer who couldn’t dance or a dancer who couldn’t sing. (You wouldn’t go to a Whitney Houston concert for dance moves, and you wouldn’t go to a Janet Jackson concert for singing) Then came Beyonce, an artist who could sing AND entertain. This made it difficult for the singers because they not only had to struggle to find strong enough songs to compensate for the fact that they were boring live performers, and the entertainers had to find music (or gimmicks) strong enough to compensate for the fact that they couldn’t sing worth a damn. Then came Beyoncé.

Nearly ten years later, entire Empire. Empire, like Beyoncé came at a time of long-awaited and much-deserved prosperity for black actors and actresses. While black singers and actors have had a notable presence in American media for sometime now, very few make it to a number one spot that renders them virtually untouchable.

This type of “-itis” is a study in black hypervisibility. Black triumphs and successes are placed under a particular brand of scrutiny tinged with anti-blackness. The rapid ratings rise of Empire was initially a curiosity for many non-black television reviewers and viewers alike. Once it became clear that the show was here to stay, the scrutiny quickly turned to bandwagon-hopping. With that scrutiny came a tendency to analyze Empire in a manner that stripped the show’s characters of any depth or complexity whatsoever — essentially distilling it to nothing more than good, clean, campy fun — just like Beyoncé. Both the pop star and the popular show both exist in a realm that has been traditionally comfortable, yet highly scrutinized and often dismissed, for whites, when viewing blacks — the music industry.

Despite the strength of the show, and the talent of its actors, reports about Empire consistently reduce the show to a scrappy underdog that somehow managed to find success. When Empire is compared to other television programs, especially those featuring non-black people of color, the success of Empire is usually chalked up to a false vision of black unity based on the idea that blacks are a monolith who consistently support anything and everything black with no discernment.

And, just like Beyoncé, Empire has been the frequent target of the passive-aggressive form of hatred disguised as analysis and honest critique. It seems like everyone is catching Empireitis, recognize the symptoms.

People who should probably be supporting your show instead decide to talk about Empire.

A writer for Latina magazine seriously tried it when she decided to state Empire’s lack of Latino characters as one of it’s major inaccuracies. Meanwhile ABC’s Cristela and the critically acclaimed CW show Jane the Virgin are both struggling.

The characters of of your favorite show bring up Empire.

The creators of your favorite show promise to make the show “soapier.”

An executive producer for Extant, the CBS summer sci-fi show starring Halle Berry recently stated the upcoming season of the show would be “sexier” and “soapier.”

Mary J. Blige will be guest starring on your favorite show.

I love me some Mary. She can guest star wherever and whenever she damn well pleases. End of story.

Your favorite show couldn’t be more different from Empire, but it will still be compared to Empire anyway.

In a common mix of respectability politics and good old-fashioned classism, Empire is often pitted against “proper” black shows like Black-ish.

Your favorite show has essentially been abandoned because everyone’s watching Empire.

Seriously, does anyone watch SVU anymore?