HTGAWM. The Secrets of the South and the Parallels Between Annalise Keating and Michaela Pratt. 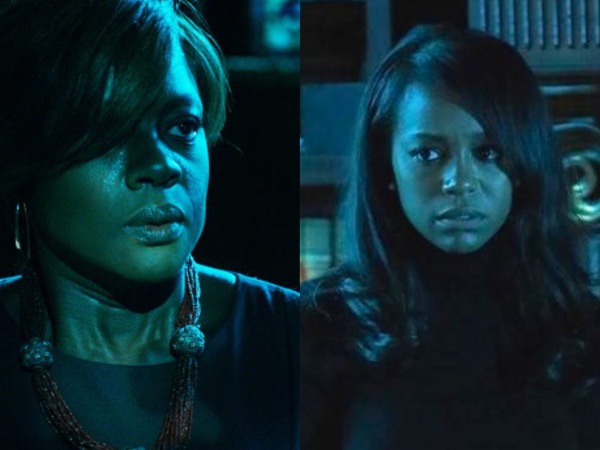 On last night’s episode of How to Get Away with Murder, the show delved deeper into Annalise’s dark, traumatic, past. At the end of the previous episode, she called for her mother in tears, as the walls came crashing down around her. In this episode, mama answers the call, played by guest star Cicely Tyson.


As the Keating 5 handle yet another salacious rape case, this time under Bonnie, as side plot, the episode centers on establishing the sexual abuse that Annalise experienced as a child, as a major reason for her often “hard” exterior. In the past few episodes we’ve seen Annalise breakdown multiple times while dealing the events surrounding Sam’s disappearance and subsequent discovery and identification of his body. With no one to turn to, she calls her mother, Ophelia. It becomes clear that this is a last resort, when, upon Ophelia’s arrival, Frank and Bonnie, both close, longtime, employees of Annalise, appear to have no idea who she is. Throughout the episode, Ophelia also states the various ways that Annalise had shut her out over the years.

During the episode we see very only minor snippets of the Keating 5, with Michaela and Connor both providing pivotal information need to win the case that they are assisting Bonnie with. In the first episode of the show after mid-season break, “Hello Raskolnikov,” we see Michaela fighting to maintain a facade of perfection after her fiancé breaks off their engagement. Adding to the fakery, she’s even sporting a knock-off engagement ring, which she purchased over the holidays since she lost the original ring while helping the group dispose of Sam’s body. The fact that she’s spending the holidays with his family, in a wealthy, opulent setting drives home the point that her fiancé is her ticket to a bigger, better life.

In last night’s episode, Annalise Keating reveals that Sam was one of the few people who really saw her and accepted her, but at the same time elevated her. Unlike her mother, who insists on calling her by her typically southern given name “Anna Mae,” rather than “Annalise,” the name she’s given herself. Michaela alludes to a reinvention of her own, while still in shock from Sam’s death, his body only a few feet away from her, she declares, “I’ve reinvented myself before, I can do it again. I’ll change my name, I’ll write crime fiction or be a housewife. Okay, not a housewife. But if there’s one thing I know how to be, it’s smart.”

We first learn about Michaela’s past in episode 8, when she tries to go up against her domineering future mother-in-law, played by Lynn Whitfield. When Michaela refuses to sign a pre-nuptial agreement, Mrs. Walker threatens her with, “You sign, or I will make sure that you go back to that nasty, backwood, bayou swamp you came from, you stubborn bitch.”

Both Michaela and Annalise experience a strong matriarch reminding them where they came from, and threatening to send them back there.

Intergeneral abuse and the tension between black mothers and black daughters were central themes in last night’s episode, occasionally the episode delved into shades of a black Southern Gothic cliche. The storyline at times felt trope-y, especially with the presence of Cicely Tyson, who, despite her superior acting, we’ve seen play this role time and time again. Lynn Whitfield’s role in earlier episodes was also a retread for the seasoned actress.

Though we haven’t met Michaela’s immediate family, I have a feeling that if/when we do, her family dynamic might be similar to Annalise’s, given that they both have Southern upbringings and have experienced deep poverty. 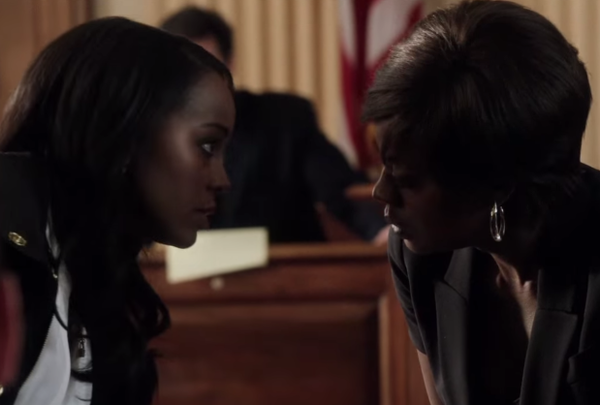 Oddly enough, Michaela and Annalise have barely had any notable interactions in any of the 13 episodes of “How To Get Away With Murder” that have aired so far. In the premiere episode of the series, Michaela boldly declares, speaking about Annalise, “I wanna be her.” The statement seems to support her being the typical “Type A” character. Several episodes later, however, it seems that Michaela might have recognized something in Annalise that might not have been immediately apparent to her white, privileged and male peers. As the show progresses, Michaela and Annalise almost to dance around one another. Their interactions are mostly through Michaela offering Annalise information or suggestions to increase her standing in the class, and Annalise occasionally congratulating Michaela or telling her to “suck it up,” move forward, or get out of the way. While Annalise connects most with Wes, and even at times, Connor, we see very little of her interaction with Michaela. Perhaps Michaela is a little too familiar to her. Regardless, she never puts Michaela down, and often encourages her, in one way or another.

The fact that both Michaela and Annalise are both darker complexioned women further supports their parallels. In black films that employ Southern Gothic elements, skin tone and colorism are often intertwined with issues of class, sex, and abuse.

The secrets of the South play into the backstories of both Annalise and Michaela, but Michaela might be falling victim to the marginalization that afflicts many black female characters. Despite all of the similarities she shares with the show’s main character, with the first season soon coming to a close, Michaela’s position in the plot still hasn’t been clearly defined. Like many young, black female characters, Michaela is still pretty polarized among the show’s fandom. With only two episodes left for in the season, it’s unlikely that Michaela’s true Southern story will ever be revealed.