I Attended A Fitness Conference For Black Women. And Experienced Some U.N.I.T.Y. by Quisha E’lom. 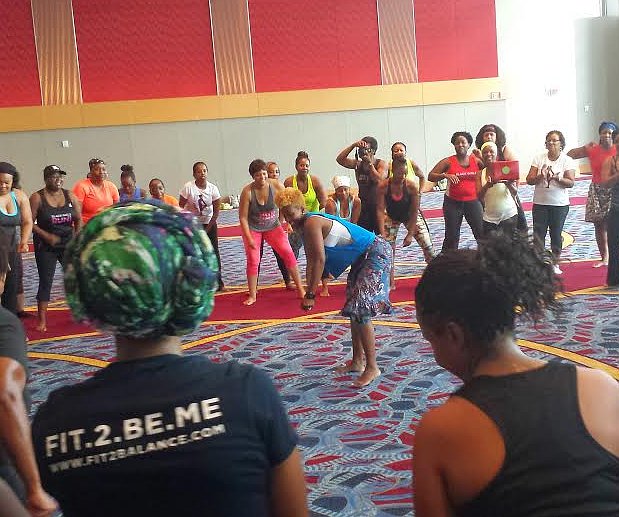 UNITY! The remarkable Queen Latifah rapped about this years ago – but the meaning of the actual word was felt on September 6th at the Atlanta Marriott Marquee for the Sweat With Your Sole Festival, held by Black Girls Run!. Ladies from all around the South-East filled into the building that morning, ready to learn new things and experience motivation and unity with their fellow running women. Luckily, I was able to be apart of that group on that beautiful day. The festival ran Thursday through Saturday, with the 5k to 15k races held this past Sunday.

The expo was a great experience. I arrived a bit early, before the big crowd that was expected to come in later that evening, yet a great deal of people were already there, checking out the vendors. All of the vendors in attendance were geared toward providing women with the latest running gear, healthiest snacks, and healthy lifestyles brands. Two vendors that seemed to pack the most people were Big Peach Running Co. and Bondi Band. These companies offered an expansive variety of running accessories, such as water bottle handles for running, glittery headbands, and socks to wick the sweat away from the body. The vendor with the longest line was, of course, the center of the event, the Black Girls Run! Boutique. The boutique offered everything from shirts to key chains, printed with the famous Black Girls Run logo, and motivational messages, that customers gladly waited in line to purchase. 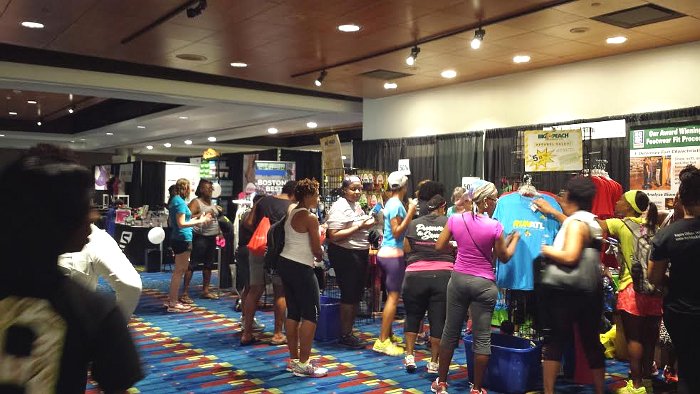 Of the several seminars held that day, the “Cardio & Culture-African Dance Class with Live Drumming” was definitely the most popular. The space was packed with women of all ages, all moving simultaneously to beat of the traditional African drums being played at the front of the room. Although being in a room full of women, learning how to dance a style you have not learned before, would seem intimidating in any other setting, there was not one shy bone in this seminar. The instructor took her time teaching the steps, and was very diligent in making sure every single participant felt good about the movements, even if they didn’t get the steps right. I messed up several times, but I still felt the support of the women around me, without a word being said. There were smiles all around. The class ended with the instructor showing her gratitude for being allowed to share her craft with so many others. A group picture was taken of a room that started full of strangers, but had transformed into a group of sisters by the end of the class. 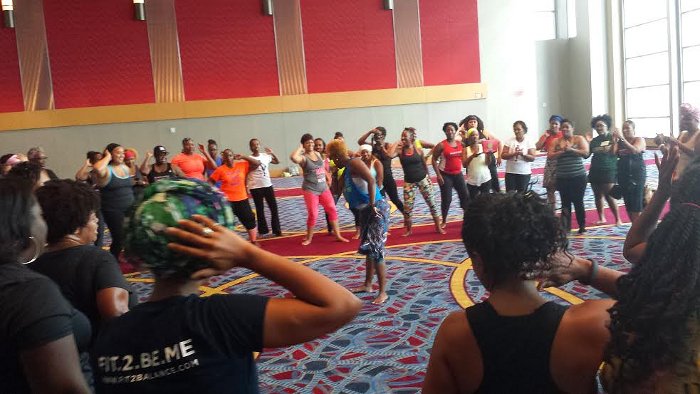 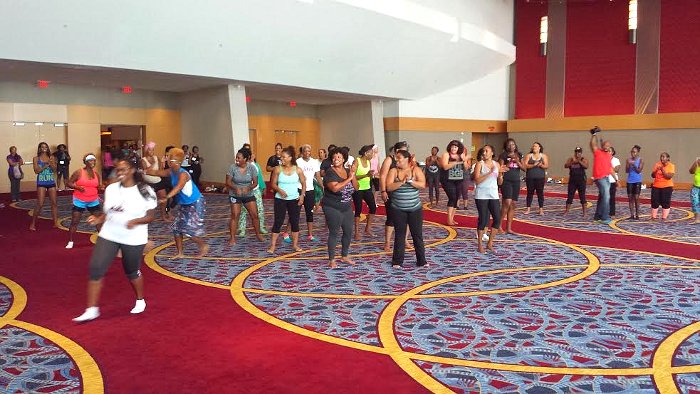 The other seminar I got a chance to attend, was the “Ask Your Doctor” by Unitedhealth Care. This seminar consisted of doctors in different fields, including OB-GYN, Pediatrics, and Orthopedic medicine. One of the reasons the organization Black Girls Run! was created was to put a spotlight on the rise in health risk among African-American women. According to Black Girls Run.com, over 80% of African American women are overweight. While there were several other seminars that dealt directly with the different aspects of running and healthy eating, this particular seminar was focused on the overall health of the average woman. The OB-GYN doctor mentioned key pointers ranging from the new age for women to get their first pap (age 21), to number of African-American women prone to contracting HPV that leads to cervical cancer (70-80% of women), and even the importance of taking daily vitamins (even if they are vitamin gummies). The OBGYN spoke of the importance of women’s overall health, while the Pediatrician, Yolanda Wimberly, spoke about the importance of our children’s overall health. Wimberly pointed out to a stunned audience that Gerogia was ranked number 2 in the country for childhood obesity, and that the growth of obesity trends from the 90s to now have increased significantly, with signs of growing even worse within the next 10 years. However, childhood obesity, according to Wimberly, is partially genetics, partially outer environment (where low income neighborhoods have less access to healthy food options), but also a great deal of indoor environment, where the households contribute to the trends in obesity in children. Wimberly stated that “genetics may load the gun, but environment pulls the trigger,” basically meaning that while genetics may make children more prone to obesity, an environment that does not promote healthy eating turns the possibility into a reality. Parents must make more efforts to promote healthier living so that their children may develop those habits to carry them into the future.

The orthopedic doctor did not speak for long, but her helpful list of proper gear needed for running, as well as her tips to keep more runners from entering her office for medical emergencies, was quite powerful. She pointed out changing the shock absorption inserts every 6 months in quality running shoes, as these inserts are the most helpful gear needed for running. The most helpful tip for those, like me, interested in starting a running regimen would be to hydrate yourself with lots of water and drinks that contain electrolytes hours before stepping out the door to go running.

Overall, the entire event was a lovely experience from top to bottom. Everyone was friendly, helpful, and eager to learn more. I constantly ran into smiling faces from the time I entered the building until the time I left. The festival may have gotten women to S.W.Y.S. (Sweat With Your Sole), but also gave women from all walks of life the opportunity for U.N.I.T.Y!