I Watched “Girlfriend Intervention” on Lifetime. So You Wouldn’t Have To. 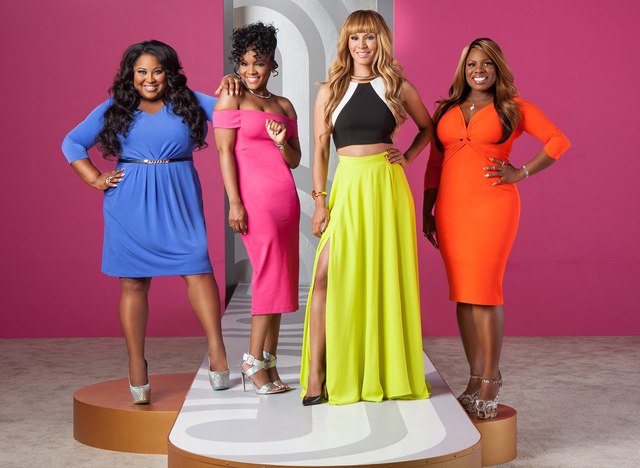 …not that you were going to watch it anyways. At least, I hope you weren’t.


“Girlfriend Intervention” is part of the latest crop of “diverse” content on the Lifetime network. It features a sad, desperate white woman who misplaced her inner black woman, and a cast of characters each assigned a different task with the common goal of helping her locate her runaway negress (there’s a slave joke in here somewhere, but I’m too lazy to make it).

In the first episode of “Girlfriend Intervention” we meet Rene. Rene has staged an intervention for her stepmother Joanie. Joanie was once a cool party girl, now she’s a frumpy mom who wears Uggs with holes in them. The fixers are aghast at Joanie’s general appearance, even proclaiming that “a black woman wouldn’t let herself go like that”. The phrases “a black woman would”, “a black woman wouldn’t” and “as a black woman”, are peppered throughout the series, making sure viewers know that these ladies are dropping some serious expert knowledge.

Stage one of the “intervention” involves a home visit were the ladies dig through Joanie’s closets, even referring to Joanie’s dark monotone ensembles as “black on black crime”. They also critique her house. They do not approve. Tanisha, the black lady who has been tasked with fixing souls on the show quips, “Honey, she needs to get her groove back asap!”.

Now about Tanisha — the “sassy” star rose to lifetime network fame via Oxygen’s “Bad Girl’s Club”. She was the perfect reality TV adversary because she truly gave no fucks. She was simply Tanisha, and the subtle aspects of her antics were the kind of reality TV gold that launched a thousand gifs. The OG Tanisha could break the fourth wall with a side-eye and an emphatic sip of juice. This new alien Tanisha we’ve been given, clearly gives too many fucks. In fact, she gives so many fucks she’s sticking to Lifetime’s script like the rent is due — it probably is. I’m imagining an acting coach in a teaching session being like “No Tanisha, roll that neck HARDER, the fate of clueless white women depends upon it”. Tanisha then breaks down, “I can’t do it she says, I just can’t, my neck, it can only roll so much”. And, with one last burst of energy, her neck does a full 360. “I knew you could do it all along”, the coach says. Coming to theaters this fall — “Guuuuurllll”, produced by the same people that brought you “The Blindside” and “The Help”.

After meeting Joanie and tearing her to bits, the ladies take her shopping where they tear her down some more. Poor, poor Joanie. The ladies are trying to make her look like a streetwalker, she laments. As many have already pointed out, the show is insulting to all the women involved. But, even frumpy Joanie is afforded a level of humanity her “girlfriends” aren’t. Joanie has hopes, dreams, a backstory, a family, insecurities, hates and loves. She’s Joanie, but the “girlfriends” are just that — the girlfriends. They are a scripted improv troupe performing a one-dimensional drag rendition of black womanhood.

In the ensuing stages of Joanie’s intervention, the women, with Tanisha doing most of the talking and sassing, continue to lay on the heavy-handed critique and tough love “women like Joanie” can neither dole out nor handle. They eventually go full “Queer Eye” by fixing up Joanie’s house too. There’s even a twerking reference!

At this point, about 40 minutes in, I sort of stopped paying attention. The only other thing I can tell you is that Joanie got a weave — I mean extensions. Her make-up looked nice. She was wearing patterns and bright colors. As a black woman, I can assure you, this show sucks.