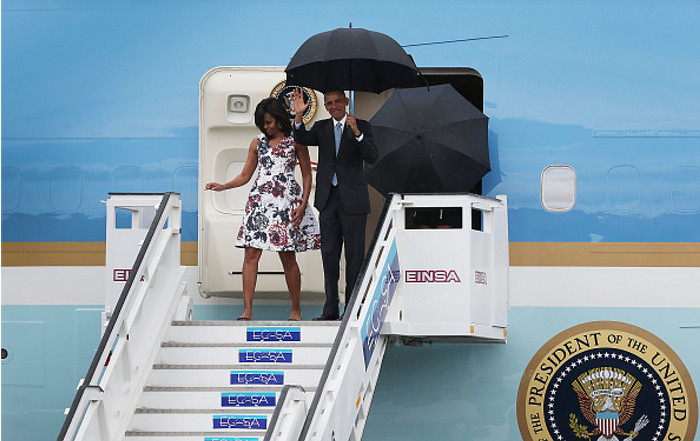 On Sunday, President Obama became the first sitting president to visit Cuba in 88 years. The trip comes just over a year after Obama announced plans to normalize U.S. relations with Cuba. The move came after 18 months of secret negotiations and was made possible by Cuba’s release of detained U.S. aid contractor Alan Gross.


The President was all smiles as he was greeted an enthusiastic crowd shouting “U.S.A.!” and “Obama!” Joined by First Lady Michelle Obama and daughters Sasha and Malia he toured Cuba’s famous Old Havana neighborhood.

“It’s a historic opportunity to engage directly with the Cuban people and to forge new agreements and commercial deals,” he told employees of the United States Embassy, his first stop in the country, “and build new ties between our two peoples, and for me to lay out my vision for a future that’s brighter than our past.” 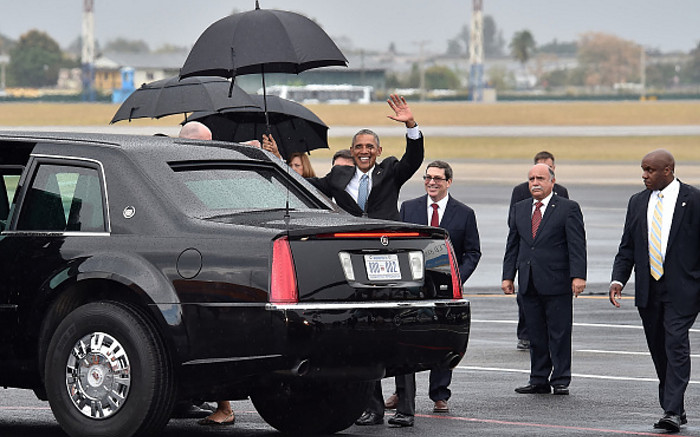 President Barack Obama arrives at Jose Marti International Airport for a 48-hour visit on Airforce One on March 20, 2016 in Havana, Cuba.(Photo by Anatoly Zhdanov/Kommersant Photo via Getty Images) 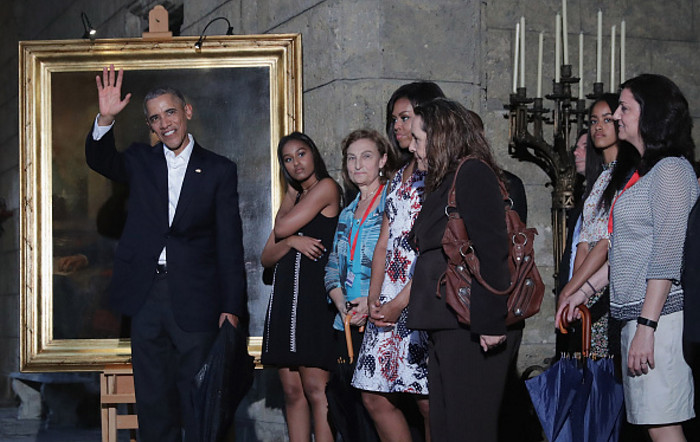 President Barack Obama, first lady Michelle Obama and their daughters Malia, 17, and Sasha, 14, stop to look at a painting of Abraham Lincoln in the Museum of the City of Havana during a walking tour of the historic Old Havana guided by city historian Eusebio Leal (L) March 20, 2016 in Havana, Cuba. (Photo by Chip Somodevilla/Getty Images) 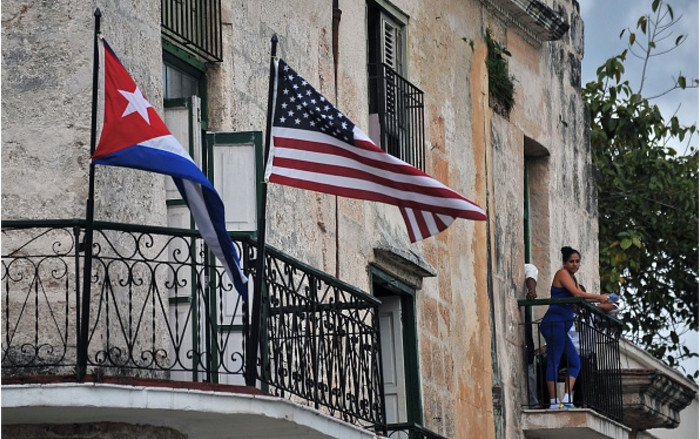 Cuban and US flags are seen on balconies in Havana on March 20, 2016. (Photo credit should read YAMIL LAGE/AFP/Getty Images) 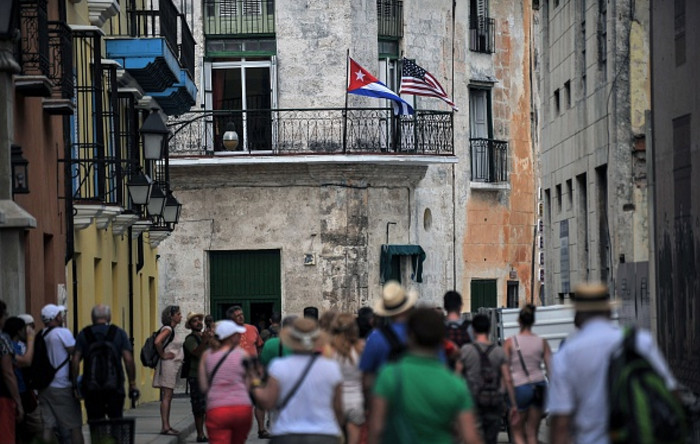 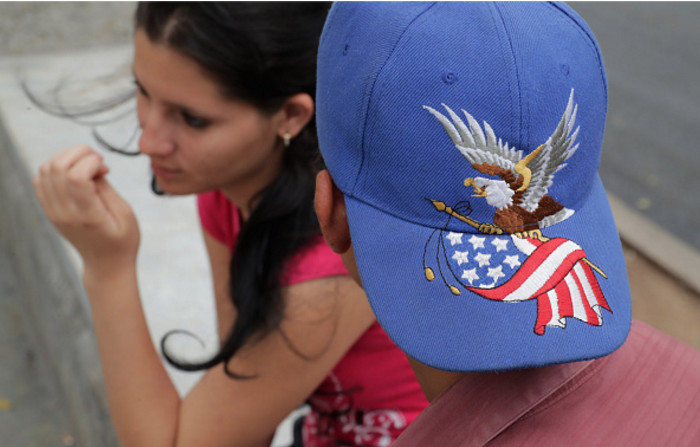 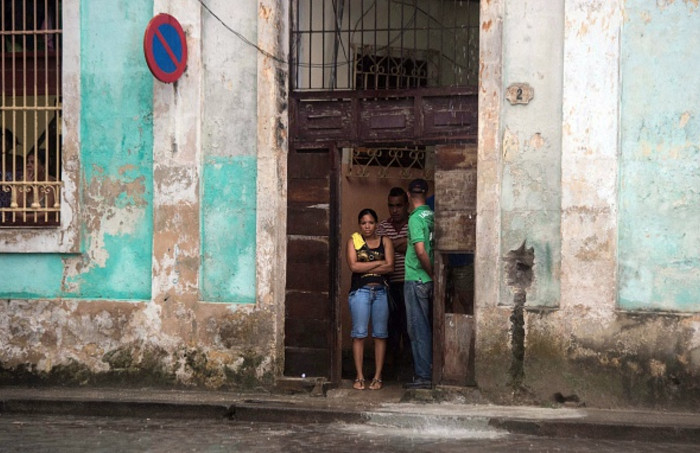 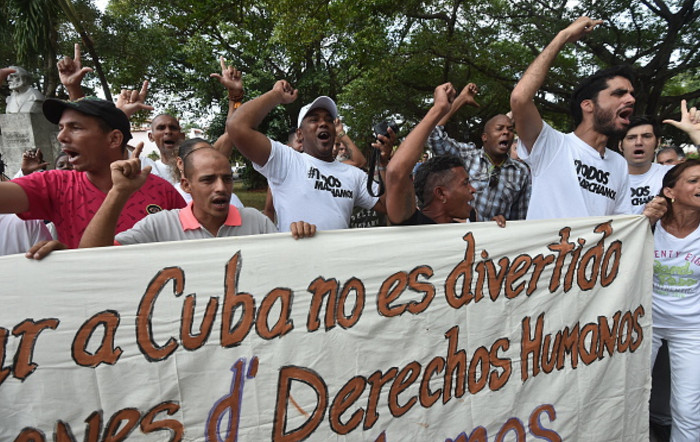 People gathered for a protest rally on March 20, 2016 in Havana, Cuba.(Photo by Anatoly Zhdanov/Kommersant Photo via Getty Images) 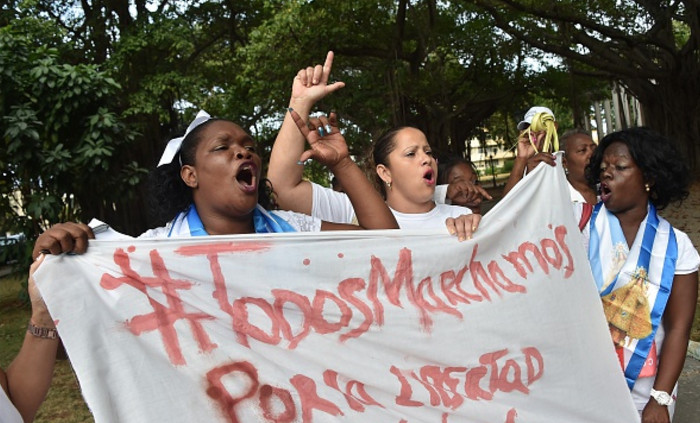