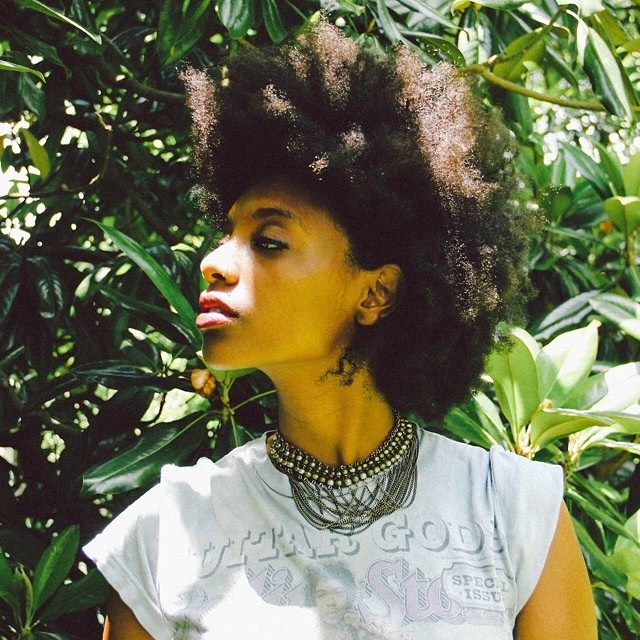 I recently chatted with Atlanta’s reigning indie Queen, Marian Mereba, about everything from her heritage to her eclectic taste in music. The singer-songwriter is one you should definitely have on your radar. Enjoy the interview below.


Andrea: Please tell us about yourself and what you do.

Marian Mereba: I’m an artist, a singer-songwriter, who’s kinda lived all over. I basically construct my music based off of my unique life experiences that I’ve had so far.

Andrea: You’re part of an emerging cast of young, talented musicians coming out of Atlanta. What’s the music scene like and who are some of those talents we should keep an eye on?

MM: There’s been something special going on in Atlanta for a while—­­but especially for the last few years. Since I’ve been in Atlanta, I’ve watched the scene kinda grow into this beautiful amalgamation of so many different styles and stories. I’m definitely excited to be a part of it.

There are so many different talented people coming out of the city. Everyone is thriving. Raury is the shit! We kindred souls musically; I really support him. My fellow female artists, Miloh Smith, India Shawn, (Brittany) Bosco – they’re all incredible. As far as rappers go, Konan is dope. I’ve known about his music and movement for a couple of years now. EarthGang is another. There are so many other amazing talents I could name but those are a few.

Andrea: You stated that being part of the music scene in Atlanta has forced you out of your comfort zone. In what ways specifically have you evolved?

MM: One of the reasons I moved to Atlanta and went to Spelman was because I felt that it’s the center of black culture in America and I wanted to absorb it. Atlanta helped me tap into my potential. I started rapping and I found myself getting more creative in the way I was expressing myself, listening to different types of music and just immersing myself into the culture. It forced me to spread my wings as a writer and a creator in general because I was around so much diverse talent and innate creativity. It forced me into a new level of creativity.

Andrea: Take us back to the beginning. When did your interest in music start, and how did you come to have such eclectic interests (rapping, playing the guitar, and singing)?

MM: As a kid I was always making up stuff up, whether it was songs, a skit, or choreography. I started singing when I was super young, just to my mom’s tapes and stuff. My family noticed that I had something. They didn’t know quite what it was yet but they noticed and they nurtured it. I started singing first, and then I started making songs in elementary school. I continued on with writing and singing but figured if I knew how to play instruments too I wouldn’t have to rely on someone to make music. I started playing the piano first, then I picked up guitar soon after. I really fell in love with the guitar. You can take it anywhere with you and I loved how it felt when I played it. The guitar became my partner in crime in making music.

As far as my different musical interests, I had such a huge range of musical tastes. I would listen to my brother’s music, which was a lot of 90s rap – a lot of Biggie and early Jay Z. And then I was listening to a lot of Alanis Morissette, TLC, Michael Jackson, Madonna, all sorts of stuff like that. Going to school with a lot of different races, I was being exposed to different music culturally. My best friend in elementary school was Chinese, so I would hear traditional Chinese music from her and I’d then go home and be hearing Nirvana. It all mixed together to form my style now.

Go to the Afropunk page to read the entire interview.