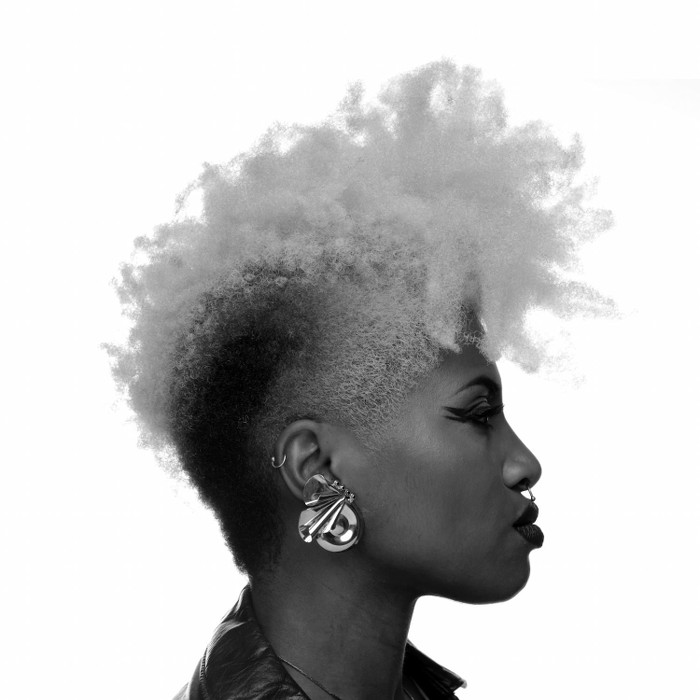 It’s like Bob Marley so perceptively assessed, “one good thing about music, when it hits you, you feel no pain.” Music’s effect can no doubt be profound. At best, its cleansing force can have a life altering influence. For Canadian rocker, SATE, the making of her Eps; the Red, Black and Blue series had a therapeutic effect. The journey musically and personally took the artist to places she’s never been; a purging of sorts, where she came to terms with the ghosts of the past all while facing head on the harsh realities of the present. According to the rocker, “It was the best thing I could do for myself because I really found myself and became a fuller version of myself—I felt really liberated. Get into our interview below.

Andrea: Tell us about yourself.

SATE: My name is SATE. What I do is bluesy raunch & soul, meets dirty rock ‘n’ roll.

Andrea: Is there a significance behind your name?

SATE: SATE, means to satisfy to the fullest.

SATE: What kind of birds? Are they Robins?

Andrea: Maybe, it has some red.

SATE: A cardinal, if it’s full red; a robin, if it’s partially red.

Andrea: Then it’s a cardinal.

Andrea: Back to the music. Do you write all your music?

SATE: I do. I either write by myself or I’ll collaborate with other people. I did a lot of collaboration with my producer [Tom McKay].

Andrea: Take us through the writing process?

SATE: It depends, it varies quite a bit. Sometimes I’ll come up with a melody and I’ll go into the studio. When this happens, I’ll then try to bang that song out or I’ll sit in my studio and start with some music, then later putting lyrics to it— I have different approaches.

If I’m collaborating with someone I’ll come up with the lyrics or a lyric idea, a title, or a general vibe. For instance, for this body of work I call it Red, Black, and Blue and each EP is the three colors of my totem animal; the Red Robin, the Black Panther and the Blue Butterfly. And with that project, I was really specific on the vibe I wanted to create and the content I wanted to put out. Any person I collaborated with I told them what I was going for and we created music around that.

Andrea: How did the idea to do the EP series come to you?

SATE: It came to me because emotionally I was trying to find myself and trying to find some peace within myself. My mother has Dementia and I was just dealing with that. My sister and I were estranged for a very long time. These were just some issues that were laying very heavy on me; I couldn’t move forward in my life without dealing with that stuff. My spirit was telling me I had to get it all out. It was the best thing I could do for myself because I really found myself and became a fuller version of myself—I felt really liberated.

Andrea: Speaking of liberated. Your track “Warrior,” the first single from your forthcoming album has been described as a feminist anthem? Have you always made music with a feminist message?

SATE: Not consciously, but being a woman our rights is something I’m very conscious about. Yeah, the song is a feminist anthem but it’s not just necessarily about being a woman. I really do advocate being a powerful woman because women need that support to rise up, that assurance to say “yeah, we’re the shit, we can do this and we continue to do this shit no matter what’s being thrown at us.” You know there’s too much depression throughout the world. Warrior is really about joy and passion– helping others to be joyous and passionate about keeping that fire we have inside and burning any house that’s holding us back.

Andrea: The top ten songs from your previous bodies of work will go on your forthcoming album. Tell us about the story behind this?

SATE: Ok, yeah. I have a pledgemusic.com campaign and that’s how I funded my upcoming album. It’s actually still open to the public. I decided to collaborate with the pledgers to choose ten songs out of 18 [6 songs on each EP] that will go on the album. I wasn’t prepared to do that process by myself so I’m actually glad I have those people to help me. It’s a no-brainer for me; like an in-house survey. I really get to interact with people and get an honest feedback. It really helps me gauge what other people are connecting to.

Andrea: That’s interesting because most artists would back away from other people having that kind of creative control.

SATE: I’ve put out 18 songs that I already love so regardless there are ten songs on there that I love, that I would put out anyway. Now I’ve brought people in the mix to find out what they like before I put something out. It just makes sense to me.

Andrea: Any plans to go on the road?

SATE: Absolutely, that’s a no-brainer. I love being on stage, that’s really where I live, where I come alive. I get to be dynamic and animated. That’s what music is really about, connecting with your audience.

Andrea: Any specific dates for shows?

SATE: No, not yet. Stay posted on my social networks.

Andrea: What about the album? When can we expect that?

SATE: Stay posted. We’re releasing a single “What Did I Do” later on this month. We’ll be shooting a video for that as well.

Andrea: Lastly, what’s the last album you listened to nonstop from start to finish?

SATE: A group called Deap Vally. They are a couple of chicks based in L.A. The album is called “ Sistronics”–it’s like bluesy, rock ‘n’ roll.