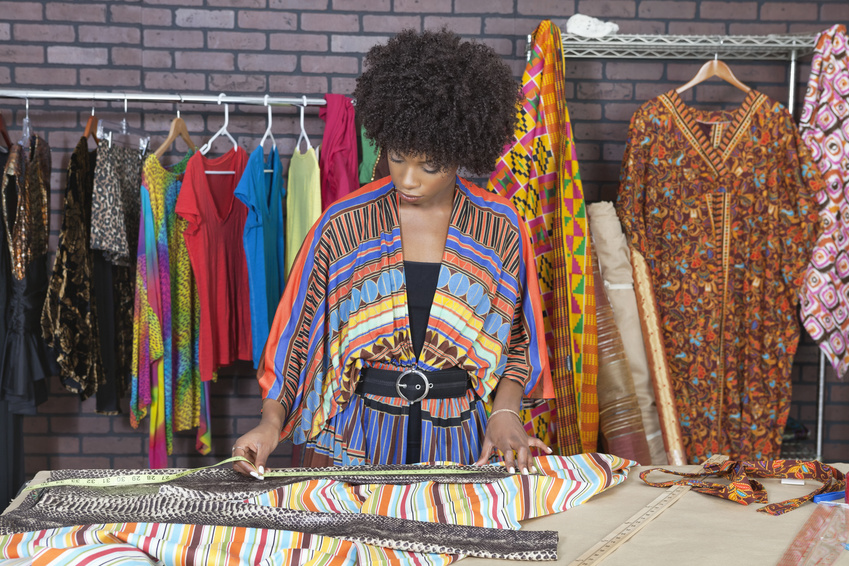 A traditional African print shirt called The Dashiki is currently enjoying a new growth-spurt in trend. It has been around for many years and continues to be an important part of the fashion culture found in Islamic African communities and the African diaspora, and, as of late, it has established itself as a global trend for the first time since the 1960s. The Dashiki comes in various styles, the one we are most familiar with probably being the loose-fitting printed pullover with a V-shaped collar, vibrant colours and intricate embroidery. In Senegal, it is worn as a Kaftan, whereas purists tend to prefer the short-sleeved traditional Dashiki shirt.

The dashiki shirt was originally worn as a functional, casual garment. Due it’s light-fitting cut and breathable, cotton material, the dashiki – as a shirt or kaftan – is the preferred garment for hot summer months, but now that it is available in different styles, it has established itself as real trend item. Traditionally, the colours of the dashiki determine the occasion on which it is worn. In many African communities it is the customary attire for weddings, funerals and other special events. A wedding typically calls for a grey dashiki although some communities have taken to lavender and blue as well, as blue symbolizes loyalty and love for the African continent. Funeral occasions call for red and black colours, red symbolizing longing and love, whereas black signifies death.

During the Civil Rights and Black Panther movements of the 60s and late 70s, the Dashiki became a symbol of black power and was a worn as a statement, a rejection of Western cultural norms and a celebration of black beauty and heritage. By 1967, the New Breed Clothing Ltd brand was launched in Harlem, under the direction of Jason Benning, William Smith, Howard Davis and Milton Clarke, and began mass producing the dashikis as unisex garments, reaching an even bigger audience. But as the dashiki trend increased in popularity and reached various countercultures – particularly the hippies – it its significance as a garment of black pride was somewhat lost.

Over the years, the dashiki has evolved from a loose-fitted shirt mainly worn by men, to unisex kaftans and full-length and short dresses, making it a versatile garment that can be worn on any occasion. It is no longer reserved for Afrocentric cultural events but has become a vital part of street-style fashion on a global level. Marvel’s Black Panther movie, which premiered earlier this year, brought on a rise in traditional African wear and many a devoted fan was seen attending the film in a dashiki garment. Celebrities have also helped popularize the dashiki – stars like Gwen Stefani, Beyoncé, Rhianna, Alicia Keys, Elle Varner and Nicki Minaj have all taken a shine to the African fashion style and have sported unique dress, coat and shirt designs on various occasions.

Though it is now being worn by many different cultures – with the Asian market currently being one of the biggest mass-producers of dashiki style garments – African-American communities have reclaimed it as a style that reconnects them to their ancestors and this type of empowerment through fashion was largely inspired through global events – particularly the ongoing racial disparity in the USA – and the powerful message movies like Marvel’s Black Panther and Ava DuVernay’s A Wrinkle in Time conveyed: black culture matters and should be represented in the mainstream as much as any other culture. The dashiki is a versatile fashion item that has passed the tests of time and we look forward to the continuously evolving styles of the future.