Italian-Haitian Designer Stella Jean Gets Her Own Barbie Doll. 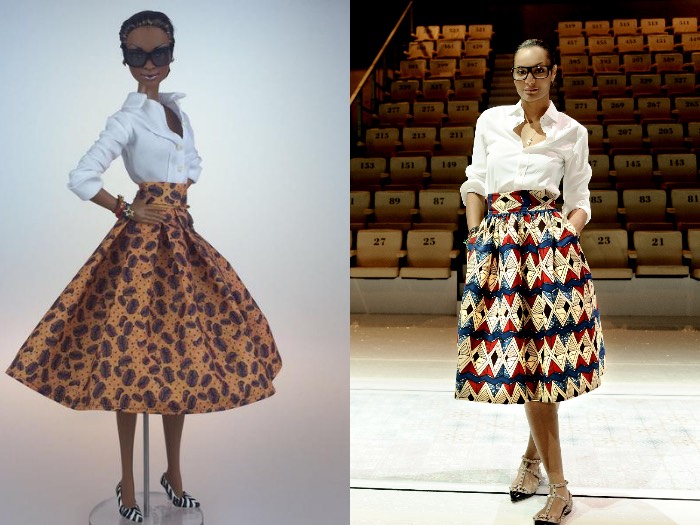 Milan-based designer Stella Jean was recently selected as a Barbie ambassador and recipient of the Barbie award. Jean was feted alongside gymnast Carlotta Ferlito and fashion blogger Chiara Nasti as part of the Italian leg of the Barbie “You can be anything” campaign. The campaign features a quote by creator Ruth Handler.


“My whole philosophy of Barbie was that, through the doll, the girl could be anything she wanted to be. Barbie always represented the fact that a woman has choices. “

Jean, who mixes Italian design aesthetics with West African and Haitian-inspired fabrics and prints represents a mixing of cultures that inspires girls from all backgrounds. Her doll wears a look that has become signature for the designer — a crisp white shirt, thick-rimmed glasses, and a beautiful printed skirt.