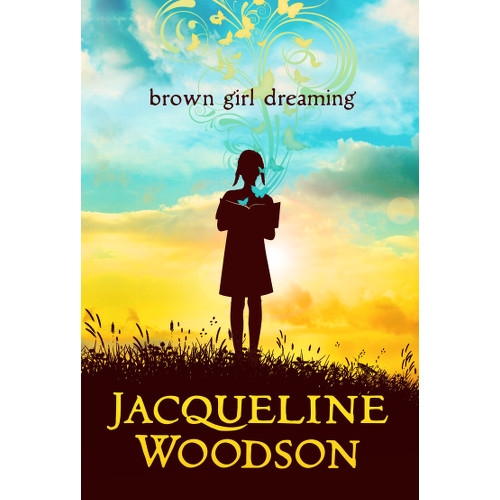 Author Jacqueline Woodson memoir, Brown Girl Dreaming was recently presented with the Coretta Scott King and Newbery Awards at the ALA Youth Media Awards in Chicago. The book tells the story of Woodson’s childhood, spent in both New York and North Carolina, through verse.


A description of the book reads,

Raised in South Carolina and New York, Woodson always felt halfway home in each place. In vivid poems, she shares what it was like to grow up as an African American in the 1960s and 1970s, living with the remnants of Jim Crow and her growing awareness of the Civil Rights movement. Touching and powerful, each poem is both accessible and emotionally charged, each line a glimpse into a child’s soul as she searches for her place in the world. Woodson’s eloquent poetry also reflects the joy of finding her voice through writing stories, despite the fact that she struggled with reading as a child. Her love of stories inspired her and stayed with her, creating the first sparks of the gifted writer she was to become.

Like many of Woodson’s works, Brown Girl Dreaming employs the written word to paint a highly detailed picture of the environment which acts as a backdrop for a narrative that deals with the complications of coming-of-age in a very mature manner.