Jada Pinkett-Smith Comments on That Picture of Willow. About That… 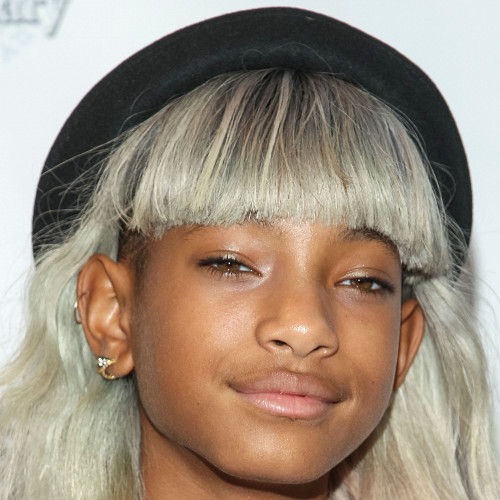 Willow Smith is the mascot for carefree black girls. From her bold hair changes to her songs about summer love, she exists on a whole ‘nother plain of coolness. And at the ripe old age of 13, she’s already been entrenched in her share of “scandals”.


When pictures of 13 year-old Willow lounging on a bed with shirtless 20 year-old actor and Smith family friend Moises Arias popped up on the actor’s instagram and tumblr pages (they have since been deleted), the internet waited for Jada and Will to come collect their child. And they did, just not they way that some were hoping for.

“Here’s the deal,” she told the paparazzi via TMZ Wednesday at LAX Airport.

“There was nothing sexual about that picture or that situation.”

“You guys are projecting your trash onto it,” she continued.

“You’re acting like covert pedophiles and that’s not cool.”

Considering that according to a study conducted by Black Women’s Blueprint, 60% of black girls experience some form of sexual abuse before the age of 18, Jada’s right. Many of those expressing concern are projecting, but they aren’t speaking out of perversion, they are speaking from a place of hurt, resentment and jealousy.

Perhaps this is why there is so much outrage over a black and white Instagam photo, but R. Kelly’s ongoing alleged sex abuse remained the stuff that jokes are made of for over 20 years. A barely suggestive photo is literally being given more weight than pages and pages of testimony and a video tape of the perpetrator caught in the act. Sexual abuse of young black female bodies is seen as an inevitability that we can only try our hardest to prevent. Those of us who grew up in urban areas are constantly policed or critiqued at the first sign of puberty. We are charged with doing everything in our power to ward off abuses. There’s no room for a carefree attitude here. The only powers young girls supposedly have is the power to attract and the power to precent, which aren’t really powers at al.

Once a young girl experiences sexual abuse, she’s seen as too far gone, she’s turned. She’s become a #fasttailedgirl. This is why Willow gets more attention than R. Kelly’s alleged unnamed victims got over 10 years ago. It’s easier to police young girls than it is to police society. This is why there is a rallying cry for “black” parenting to take over, at least it has a 40% success rating.