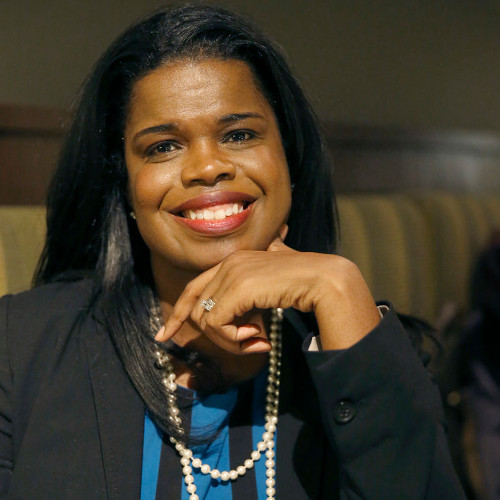 Anita Alvarez, the controversial State’s Attorney for Cook County, Illinois, became a national figure as a result of her failure to charge 68 police officers involved in fatal shootings. Following the news and the dissemination of footage of the 2014 murder of Laquan McDonald, a movement began to grow in the city of Chicago, demanding that Alvarez step down. Alvarez, who was named in allegations of a police coverup, failed to bring charges against Jason Van Dyke, the officer responsible for McDonald’s death.


Organizers from Black Lives Matter and the group Assata’s Daughters led a campaign opposing Alvarez. Last month, the hashtag and phrase #ByeAnita began rapidly circulating on social media, outlining Alvarez’s misdeeds, and seeking to quash her bid for reelection. On Tuesday night’s election, Alvarez ended up earning only 29% of the vote in comparison to opponent Kim Foxx’s 57.5%.

Last week, Foxx, a native of Cabrini Green, spoke of her plans for Chicago’s future, in an interview with the Chicago Reader,

“You cannot look at the criminal justice system in a vacuum. We need a broader and more holistic view of how we prevent crime and how we keep communities safer,” a view to which the state’s attorney must be held accountable, she says. “The public has to hold feet to the fire on these issues. And Anita Alvarez’s feet have not been held to the fire.”

The work is just beginning, and our struggles here are very real,” Foxx said. “The need to rebuild a broken criminal justice system here in Cook County is not work that should be taken lightly.”

Chicago Black youth kicked Anita Alvarez out of office. Just a month ago, Anita Alvarez was winning in the polls. Communities who refused to be killed and jailed and abused without any chance at justice refused to allow that to happen. We did this for Rekia. We did this for Laquan. We won’t stop until we’re free and Kim Foxx should know that well.