Listen to This. New Music From Santigold. FKA twigs at Glastonbury. Ruby Amanfu. and More. 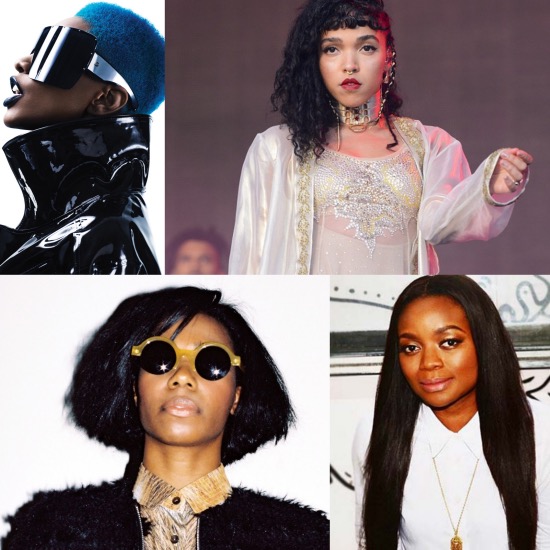 It’s definitely been a minute since we’ve heard new music from Santigold. Her latest, “Radio,” comes off of the soundtrack for the upcoming film Paper Town, which co-stars model Cara Delevingne. Meanwhile, across the pond, FKA twigs wowed the audience at Glastonbury with a killer performance of one of her first major singles, “Water Me.” Also, have a listen to new artist LOE, who hails from Houston, as well as a cool Kanye West cover from Nashville singer Ruby Amanfu and a hilarious spoof from up-and-coming rapper and Missy Elliott protégé Sharaya J.

Bedford Box Office – “Side A”