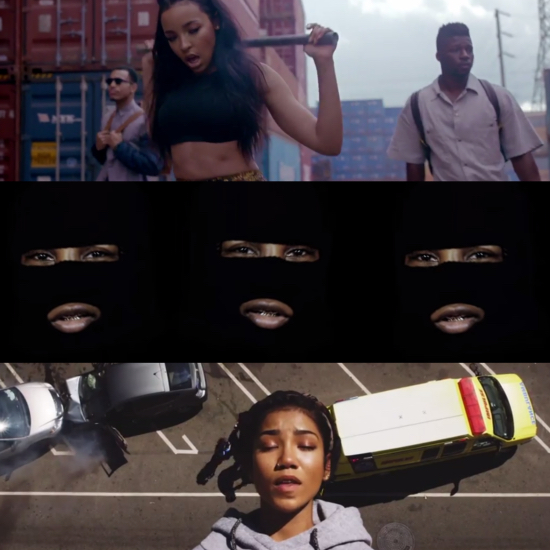 A sweet, serene song, with a haunting video. According to Vice,

In 2012, Jhené’s brother Miyagi died of cancer, and, in 2013, she was in a car crash along with her daughter Namiko, sister Miyoko and Namiko’s father O’Ryan. The “Eternal Sunshine” video, directed by Jay Ahn, takes both of these stories and places them in the context of this song […], showing a dramatic still shot of Jhené’s face as the background zooms out to reveal the aftermath of a crash interspersed with nostalgic childhood shots and clips that explain the crash we see.

Tinashe – “All Hands on Deck”

The soon-to-be pop sensation shows her sexier side in a sultry video about a good girl gone bad.

The masked, mystery rapper is back with another electronic infused hip-hop track. We’ll be seeing a new release from this artist later this week.