Magazine Covers Were More Diverse Than Ever This Year. 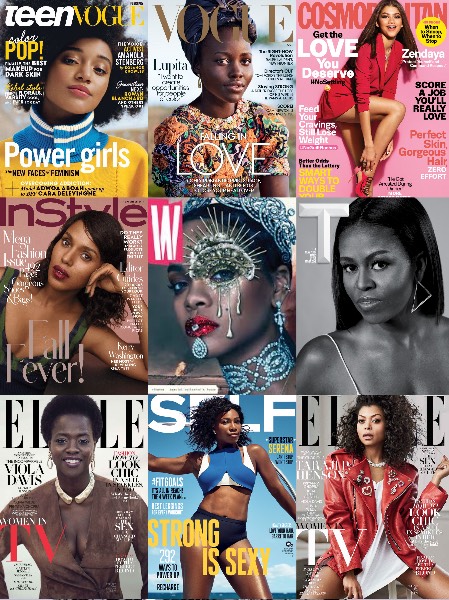 From television shows, to film, 2016 was a big year for diversity in media. Fashion magazines also saw a major push, and while there is definitely room for the improvement magazine covers were more diverse than ever this year.

According to information compiled by The Fashion Spot, 29% of magazine cover models were women of color in 2016 — a 6.2% increase from last year. A further breakdown reveals that 197 out of the 679 covers from 48 top international fashion publications analyzed featured women of color.

Vogue Taiwan, Vogue India, PAPER, Teen Vogue, were the leaders of the pack. While publications like PAPER have always been fairly diverse, Teen Vogue has seen a major turn around, ushered in with the appointment of new editor-in-chief Elaine Welteroth. At the beginning of the year, Fashion bible Vogue vowed to be more diverse and it kept that promise with covers featuring Rihanna, Lupita Nyong’o and Michelle Obama, among others.

Overall, publications seemed to favor celebrities over models. Major areas in need of improvement include body diversity, older cover models, and transgender representation. From the looks of the January covers that have already come out, 2017 might also be a good year — in terms of cover diversity that is.