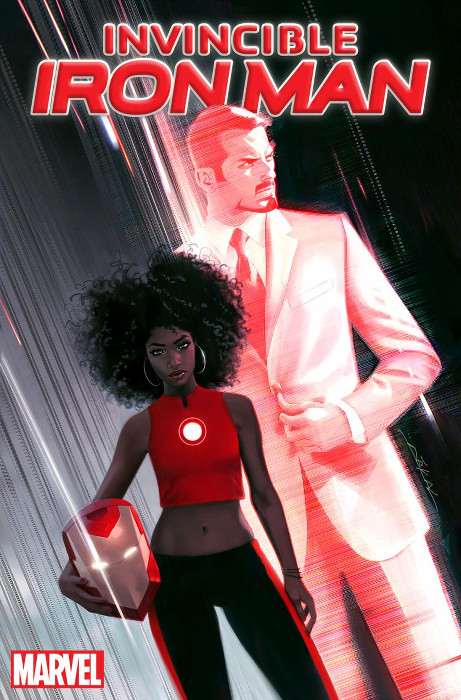 Meet Riri Williams. She’s a teen genius who attends MIT at the age of 15. She’s also Marvel’s new Iron Man. Williams attracts the attention of Tony Stark after building an Iron Man suit in her dorm.

According to TIME Magazine, Williams will likely operate under a different name, but is still working on it.

In an exclusive interview, Iron Man artist Stefano Caselli also touched on the ongoing issue of diversity in the Marvel universe.

Marvel Comics’ diverse new cast has stirred some controversy among a subset of fans.

Some of the comments online, I don’t think people even realize how racist they sound. I’m not saying if you criticize you’re a racist, but if someone writes, “Why do we need Riri Williams we already have Miles?” that’s a weird thing to say. They’re individuals just like Captain America and Cyclops are individuals. All I can do is state my case for the character, and maybe they’ll realize over time that that’s not the most progressive thinking.

But increasingly we see less and less of that. Once Miles hit, and Kamala Khan hit and female Thor hit—there was a part of an audience crawling through the desert looking for an oasis when it came to representation, and now that it’s here, you’ll go online and be greeted with this wave of love.

I think what’s most important is that the character is created in an organic setting. We never had a meeting saying, “we need to create this character.” It’s inspired by the world around me and not seeing that represented enough in popular culture.

Riri Williams has technically already been introduced in the Iron Man comics series, but only in a vague manner. It will be definitely be exciting to see what’s next for the character.