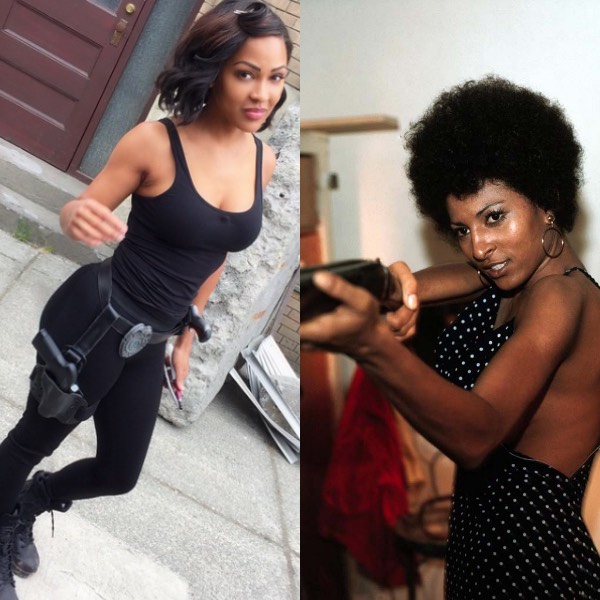 After starring in a few short-lived series, Meagan Good is headed to Hulu. Good is set to star in a series adaptation of the 1974 blaxploitation film Foxy Brown which will air on the streaming service.

The project will be executive produced by DeVon Franklin and Tony Krantz under MGM TV studio. Good will also serve as a producer on the series.

Foxy Brown became an iconic character for Pam Grier, who despite starring in a myriad of projects over the course of her long running career, is still best known for the character. The original film, which was written and directed by Jack Hill, has inspired many movies and characters over the years, including Beyoncé’s Foxxy Cleopatra in Austin Powers in Goldmember and even Grier herself in Jackie Brown.

Given the legendary status of Foxy Brown, Good definitely has some pretty big shoes to fill. Her recent slate of action-packed television roles, including spots in NBC drama Deception, Fox’s Minority Report and CBS’ Code Black prove that Good is up for the task.

So far the Foxy Brown series is in the development stage at HULU, so no word on a pilot or premiere date. In the meantime, check out the trailer for the original below and watch the original HERE.

BONUS: Pam Grier talking about the iconic role at Lincoln Center back in 2013.