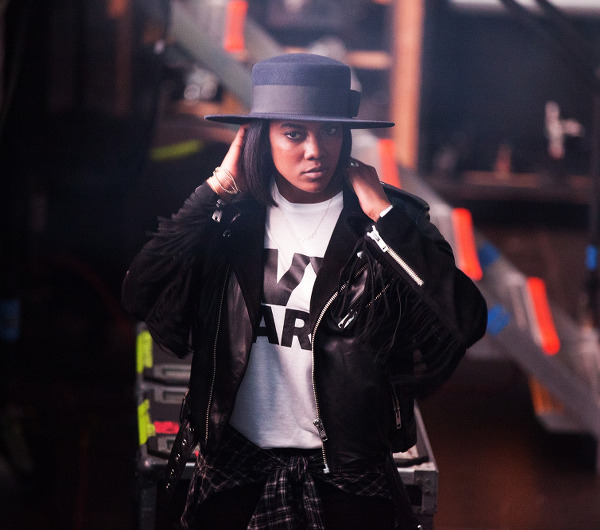 Twenty-nine year old Ingrid Burley is a rapper on the rise with a pro-black woman message.

Much like her Protégé, Beyoncé, Burley got her start in the music industry as part of a girl group, Trio, managed by Matthew Knowles. She also grew up in Houston with the Knowles family. Her mother and Tina Knowles are longtime friends; Ingrid was close with Solange.

In 2012, Ingrid made the move from mentee to collaborator, as she worked on Beyoncé’s critically acclaimed 2013 visual album. In 2014, she signed to Beyoncé’s Parkwood Entertainment and landed a publishing deal with Sony/ATV. She also contributed her talents to the track “Love Drought” from Bey’s most recent release, Lemonade and appeared in the accompanying film.

Ingrid tells Billboard that she is currently hard at work on her upcoming EP, which will be all about “honesty” a theme that proved central in “Double Pedigree.”

“I feel like the thing that makes every song fit and stay true is that the fact that they are all coming directly from me. They’re all pretty much first person experiences,” says Ingrid.