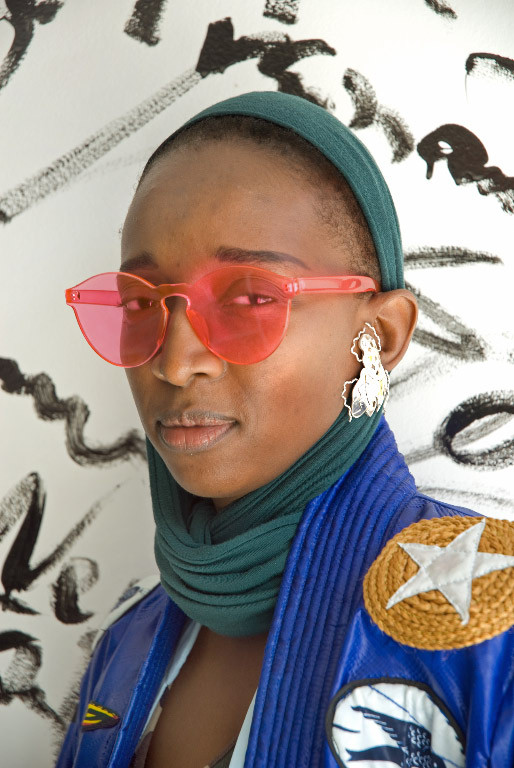 The taxi driver in Dakar gets a note with an address. He nods and drives. As always, going by taxi in chaotic Dakar, he stops in a place – far from the address. Some helpful people leas us to Selly Rabe Kane’s showroom/home/meeting place/office in Ouakam district.

“A Dakarois would never say ‘I do not know.’ Better taking a chance,” Kane laughs when we arrive.

When you meet up with someone in Dakar, it’s like going to a party. We arranged an interview and photography session with Selly. But, upon arriving, we discovered a CNN team already in place, for a feature story about the world famous hip-hop group Daara J Family, aka Faada Freddy and Ndongo D. 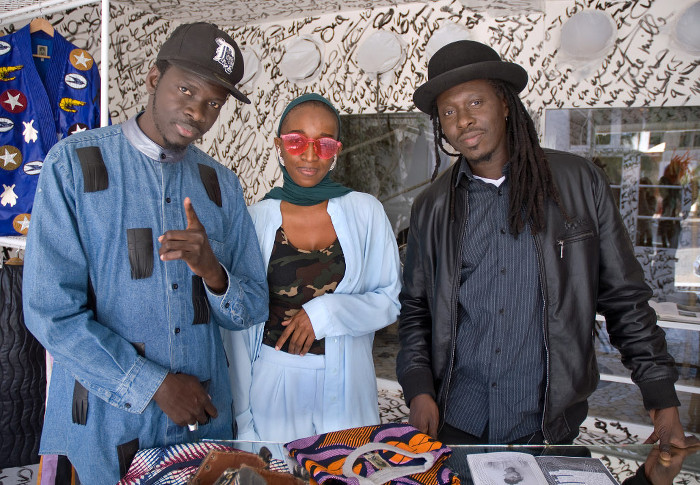 Throughout the day, people come and go, and of course we talk to everyone. The scene is a typical day amongst creatives in Dakar. Everyone collaborates and supports one another to achieve individual success. 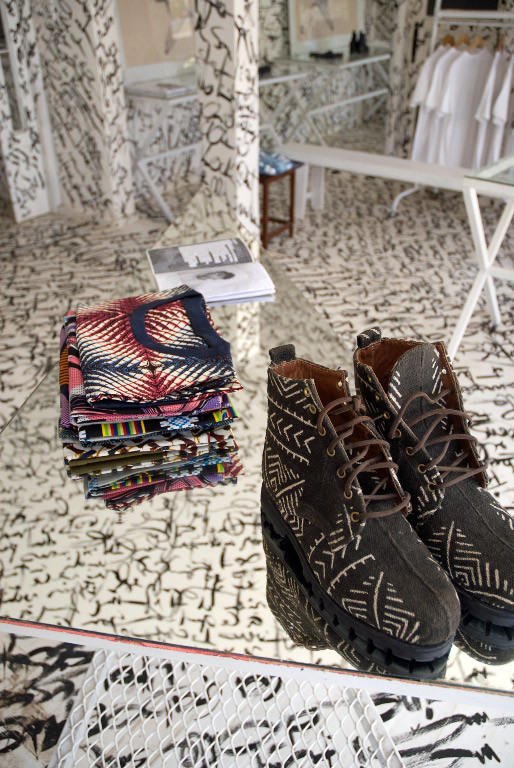 “We have all worked together in small groups, I joined one called Les Petites Pierres, we helped one another to move on,” says Kane.

Selly Raby Kane has taken the creative world by storm with her colorful surrealist clothes, worn by celebrities like Beyonce. Kane has also featured alongside her creations in numerous fashion and design publications. 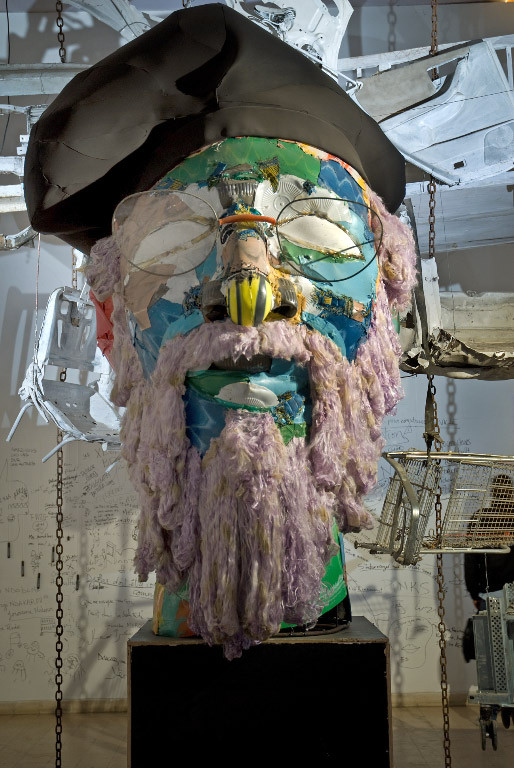 Kane is also a major figure in the art world. In the past she has collaborated with photographer Omar Victor Diop (a longtime friend) for Africa, Architecture, Culture and Identity, a major exhibition that toured several museums all over the world.

Most recently, Kane was appointed creative director of the prestigious Design Indaba organization in South Africa.

Kane admits that she sees no difference between fashion design, art, film or other forms of expression.

“Fashion became a way of expressing myself. But I’m interested in all kinds of media,” says Kane.

Before launching her creative endeavors, Kane moved to Paris in the early 2000s to study economics. She ultimately wanted to be a lawyer, but soon realized that she neither liked France nor her chosen professional path.

“France was heavy for me. Many were so predictable and I wanted to develop and had to come home again.”

“Here in Dakar almost everything happens by accident and that’s how I want to live,” she says.

Selly and I sit down on a soggy wooden bench in the middle of the room and talk about her latest collaboration with Ikea. In 2019, the furniture giant will launch a collection new products under the name Överallt.

Kane is one of 10 African artists who took part in the project and worked closely with a team of 4 Swedish designers.

“My first thought when they called? What is going on?

I was so happy, mainly because it meant my thoughts about constantly finding new creative ways – not just fashion – had begun to happen.”

“Getting a job with Ikea felt like a huge challenge,” says Kane.

“I was not sure how my universe could work with a mass-producing company like Ikea. Gladly, it worked very well,” she adds.

At first she wanted to create something from the street culture in Dakar. She focused on hair and hairstyles hairstyles, an important part the culture for many Dakarois.

“I wanted to make furniture inspired by hair. It was not easy and I felt along the way I was losing my expression,” says Kane.

“But, we eventually managed to find something both I and Ikea were pleased with.”

The final result is still shrouded in secrecy. “Lamps and baskets,” the only detail that Kane would reveal.

As the evening falls, we head over to Galerie Manége in central Dakar to see her new exhibition The Past, The Present, The Future and the Praying Mantis. 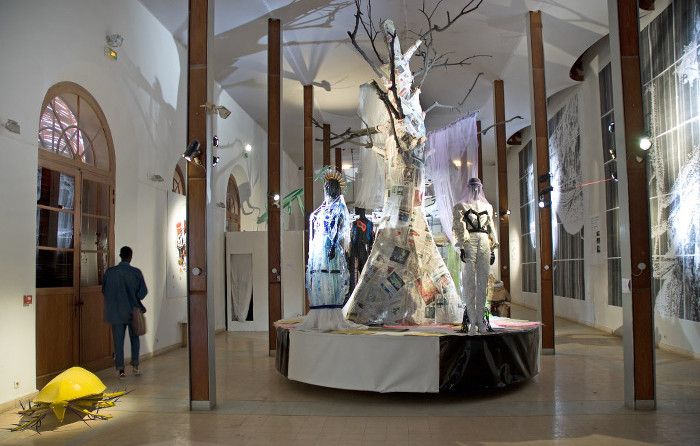 The show offers a unique experience where Kane mixes sculpture, graffiti, fashion and art. Everything is set to a hip-hop score created by Ibaaku and Chipkit AK.

As usual in Dakar, several of her artist friends are involved in the exhibition.

“I see a creative revolution among young designers in Africa, not only in Dakar and Cape Town.”

“The technical development of the Internet open the opportunity to work worldwide”, says Kane.

While Kane is planning to continue launching new fashion collections, she is also exploring new technology.

“Fashion is one channel but right now I’m interested in Virtual Reality. I worked with a VR company in South Africa to create new life in Dakar urban legends our grandmothers and grandmothers told us about.”

It was really exciting,” says Kane about the upcoming project, titled The Other Dakar.

“Young people in Dakar can express themselves from their deep roots. They do not have to live and work in a western country to be accepted as designers or artists.”

“They can be ambassadors for their own environment.” 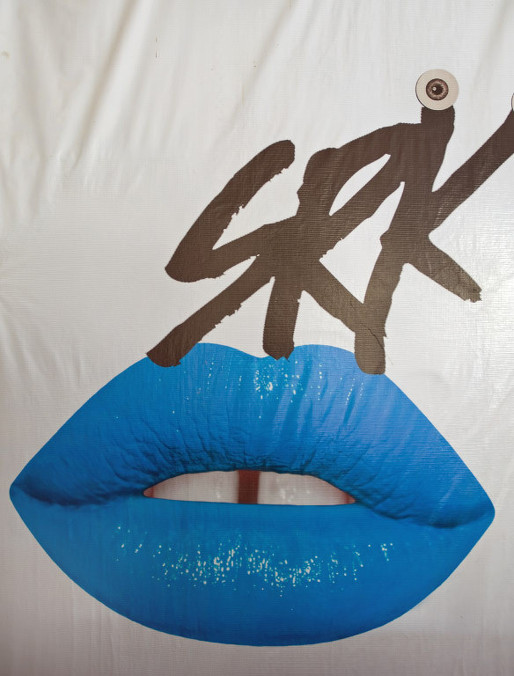