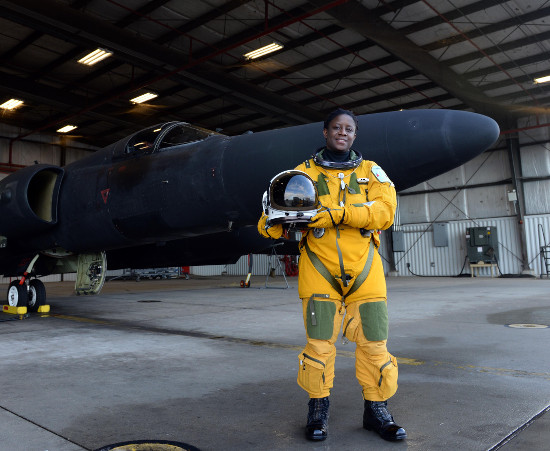 Bronx Native Merryl Tengesdal pictured herself flying planes ever since she was a little girl. Her dream finally came true in 1994 when, after earning a Bachelor’s degree in Electric Engineering, she entered the Navy’s Officer Candidate School, and attended flight training soon after. She entered the school at a pivotal time for women in the military. Major changes were being made to create more roles for women in combat.


Since then, Tengesdal has logged over 3,400 flight hours and 380 combat hours. In 2004 Tengesdal endured a challenging nine-month training course so that she could fly a U-2 aircraft. She is also the only black female U-2 pilot in history, and one of 8 female pilots in history that can fly a U-2 plane. The impressive U-2 aircraft is considered one of the most difficult to fly.

Tengesdal says of her accomplishments,

“It is very uncommon, even for this day and age, to be a female pilot, much less a female minority,” Tengesdal said. “My career field is very male dominated, but I hope I have helped other females with similar aspirations to realize this is an option. I think we are all limitless as to what we can accomplish.”

Tengesdal, a 9th Reconnaissance Wing inspector general, was recently promoted to Colonel.Her experiences have literally to the edge of the earth, and beyond.

Three Sisters Make it to the Junior Olympics While Living in a Homeless Shelter.