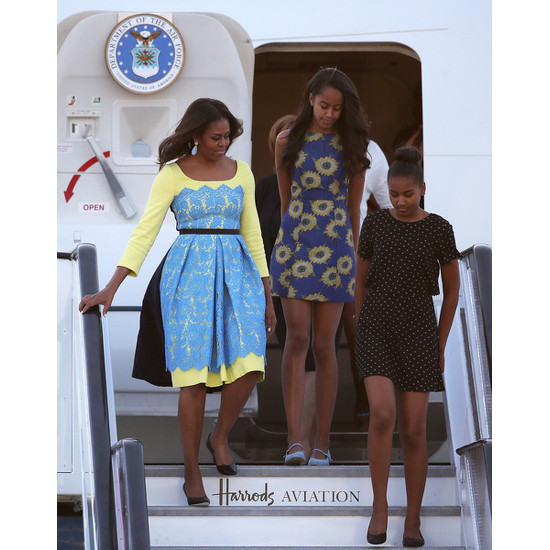 Michelle Obama recently touched down in London, along with Malia and Sasha, sporting a custom Preen dress and Jimmy Choo pumps. The First Lady’s visit is part of the Let Girls Learn Initiative, which she leads. The worldwide program hopes to bring education to the some 62 million girls worldwide who are unable to obtain an education due to socioeconomic and cultural factors. During her stay, Obama will visit the Mulberry School for Girls, a girl’s school in one of London’s most impoverished neighborhoods. The school, which is highly rated, is considered one of many success stories in the war on poverty in the city.


A statment from the Mulbery School reads,

“Despite the fact that over three quarters of pupils are entitled to the pupil premium at Mulberry, the school has consistently proved that socio-economic disadvantage need not prevent students from achieving academic success and flourishing as individuals. We look forward to discussing our shared values during the first lady’s visit.”

The First Lady will also have a private meeting with Prince Harry during her stay, which will focus on how to better support military families.