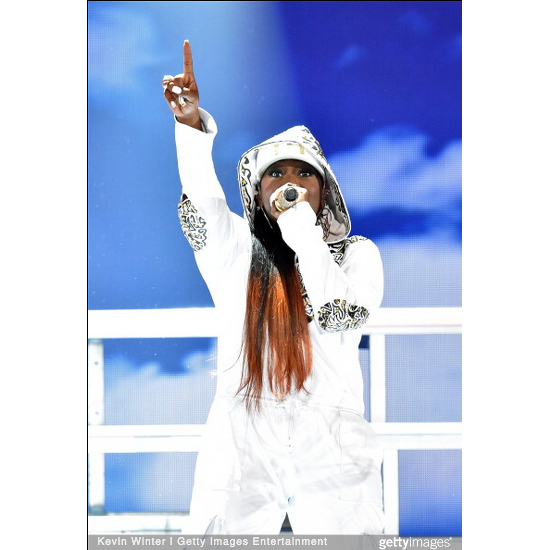 
“This is true. I have to keep some surprises for Sunday and I’m very, very excited about this guest because I thought long and hard about it and wanted to kinda bring someone back, like a throwback of sorts, that definitely needed some more shine. All I can say is it will be a real female-fun night.”

Now sources are claiming that the surprise performer is non other than Missy Elliott.

Though her last studio album was released in 2005, over the past few years Missy Elliott has been steadily performing and producing all over the world, and even collaboration with K-pop artists such as G-Dragon. Last fall producer and longtime collaborator Timbaland confirmed that we’ll be seeing a new album from Elliott in the near future.

Listen To This. Tiara Thomas. ‘How it Is.’