Much of the Developing World is Still Unmapped.

For people all over the world, maps are our first introduction to the outside world and aid in shaping our perception of it. But, despite being created using scientific methods, maps can often present a biased perspective of countries and cultures, or can even leave them out entirely. As Rachel Nuwer points out in “The last unmapped places on Earth“, for BBC, nations tend to center themselves when creating world maps.


It dates back to the oldest known world map, a 2,500-year-old cuneiform tablet discovered near Baghdad that puts Babylon at its centre. Mapmakers throughout history adopted a similar bias toward their own homeland, and little seems to have changed since then. Today, American maps still tend to centre on America; Japanese maps on Japan; and Chinese ones on China. Some Australian maps are even rotated so that the southern hemisphere is on top. It’s such an ego-centric approach that the United Nations sought to avoid it when they created their emblem – a map of the world neutrally centered on the North Pole.

This type of cultural bias and ethnocentrism plays a major factor in why people all over the world continue to greatly underestimate the size of Africa when referring to the continent in any context. 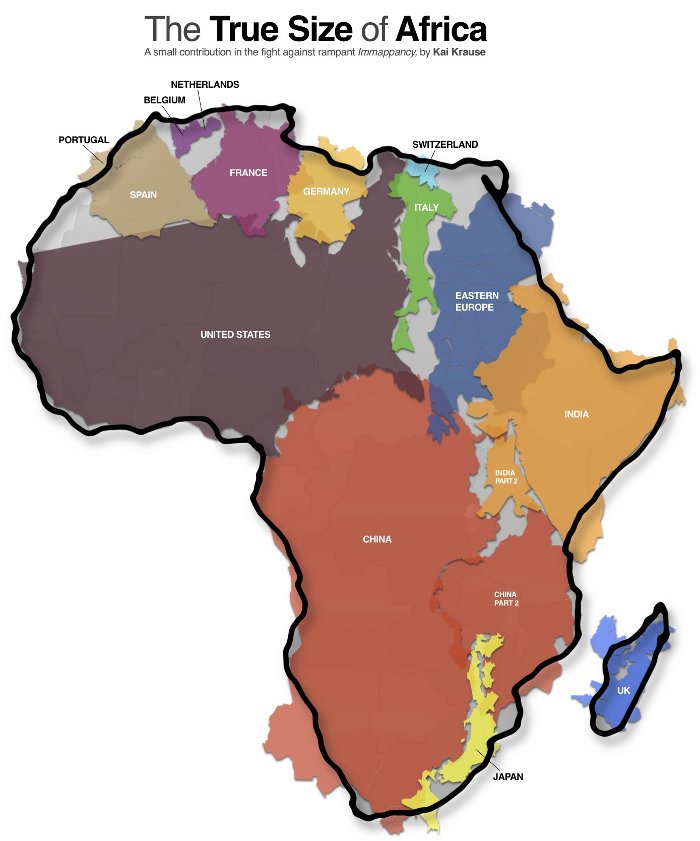 Nuwer also points out that the continent of Europe and the countries of Japan, New Zealand, and the United Statesm are the places that are properly mapped to a high standard. Even projects like Google Maps, which are helpful when navigating a major European or American city, don’t provide much assistance when you are trying to navigate impoverished areas in major cities like Rio de Janeiro, Brazil, Lagos, Nigeria, or remote parts of China — some of the most populous countries in the world. Rapid construction in developing nations and changes in topography due to coastal activity are factors, among many, that make some places harder to map than others.

(Makoko is slum neighborhood located in Nigeria, its population considered to be thousands moreover the area was not officially counted. Makoko slum is seldom visited by anyone from outside. (Photo by Mohammed Elshamy/Anadolu Agency/Getty Images)

The Missing Maps Project, was created with the objective of mapping “the most vulnerable places in the developing world, in order that international and local NGOs, and individuals can use the maps and data to better respond to crises affecting the areas,” and is working to change this disparity. Some of the world’s most vulnerable areas are virtually unmapped and unknown by organizations which could provide them with assistance in the form of healthcare and food. A lack of knowledge of the local layout was considered a hurdle for organizations working to beat the cholera outbreak in Haiti, for example.