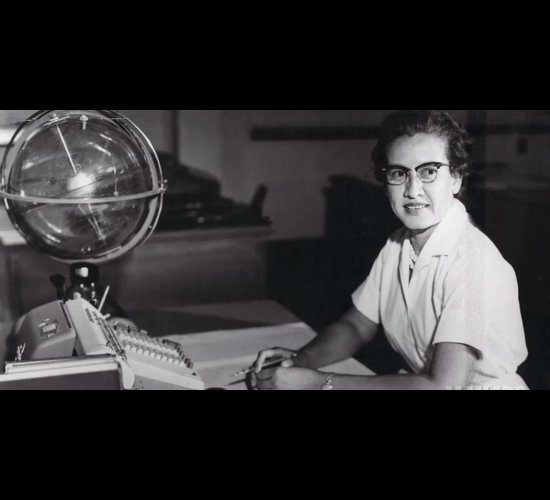 Earlier this month, NASA honored 97-year-old mathematician Katherine Johnson by dedicating a building in her name at its Langley Research Center in Hampton, Virginia.


Over the past year, a new generation has officially been introduced to the life and accomplishments of Katherine Johnson. Johnson, a physicist, space scientist and pioneering mathematician, worked for NASA in a segregated unit alongside fellow scientists Mary Jackson, Dorothy Vaughan, Kathryn Peddrew, Sue Wilder, Eunice Smith and Barbara Holley from the 1940s to the 1960s. This little known group of women played an instrumental part in helping the United States win the Space Race.

“Millions of people around the world watched Shepard’s flight, but what they didn’t know at the time was that the calculations that got him into space and safely home were done by today’s guest of honor, Katherine Johnson,” said Clayton Turner, Langley’s deputy director, at the dedication ceremony.

The building named in her honor, the Katherine G. Johnson Computational Research Facility, will be a 40,000-square-foot facility, where engineers will perform advanced computations and research.

News of the dedication is one of a growing list of honors that Johnson has received. Last year, President Obama awarded Johnson a Presidential Medal of Freedom. This past weekend, Johnson received honorary degrees from West Virginia State University and West Virginia University, both schools that she had attended.

Johnson is also the subject of the upcoming movie Hidden Figures. The film, which stars Taraji P. Henson as Johnson, is set to hit theaters in early 2017. Octavia Spencer, and Janelle Monáe are also starring in Hidden Figures, which is based on a book of the same name by Margot Lee Shetterly.

Henson, Spencer, and Monáe recently featured in a short video congratulating Johnson on her NASA dedication.