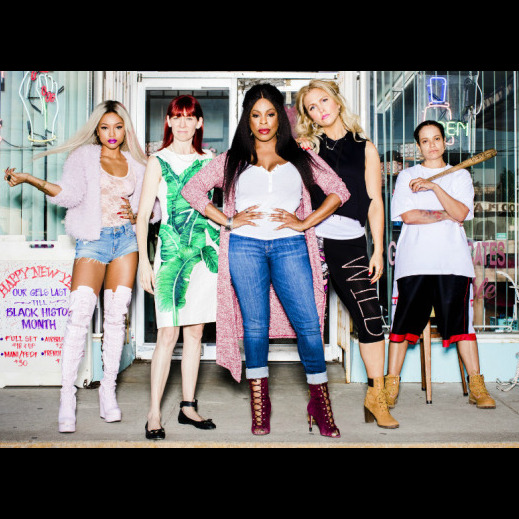 Actress and comedian Niecy Nash is set to star in Claws, a new hour-long comedy-drama series about the cutthroat world of manicures. The show, which will air on TNT is produced by fellow comedic actress Rashida Jones.

Claws takes place at the Nail Artisan of Manatee County salon in South Florida and features a diverse cast of characters, each one has an interesting back story.

At the center is salon owner Desna (Nash), who lives with and cares for her mentally ill twin brother, Dean (Perrineau). Desna’s staff includes best friend Jennifer (Lyon), a tenuously sober ex-party girl raising two children from previous relationships; Quiet Ann (Reyes), Desna’s enigmatic driver who also provides security for the salon; Polly (Preston), a mild-mannered preppy who recently served time in prison for identity theft; and Virginia (Tran), who makes no effort to hide her boredom and impatience with her job. Adding chaos to the Nail Artisan mix is Roller (Kesy), a gangstered-out redneck who runs a barely legal pain clinic and uses Desna’s nail salon to launder the obscene profits; Bryce (Rankin), Jennifer’s husband who is also newly sober and trying to stay legit by working as an abundance coach; and Dr. Ken Brickman (Antoon), a bona fide doctor at a decidedly un-bona fide and illegal drug clinic.

TNT, which picked up Claws after it was first developed at HBO, ordered 10 episodes for the first season. The series will debut sometime in 2017.