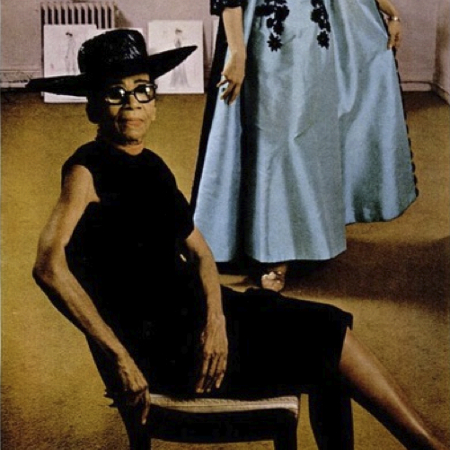 Born in Clayton, Alabama in 1898, Ann Lowe was the the great granddaughter of a slave and plantation owner. She married in 1912, at the age of fourteen and enrolled in fashion school 5 years later in 1917 in New York City.


Ann Lowe’s most well-known design, is the wedding dress that Jacqueline Bouvier wore when she married John F. Kennedy. This as not known at the time, as she was initially credited as “a coloured dressmaker”, then later “a negro”, then finally in the Washington Post as “A Negro – Ann Lowe”. Lowe’s other high-profile clients included the Rockefellers and the Vanderbilts.

Ann Lowe in the December 1966 Issue of Ebony Magazine

Throughout her career Ann Lowe also ran her own businesses, ranging from a Salon in Tampa, Florida in 1928, to her own shop on Madison Avenue which only existed for a brief period of time. She also worked for Saks Fifth Avenue, and even continued to work after losing an eye to glaucoma. Lowe passed away in 1981 at the age of 83. Her work is part of the permanent archives at The Metropolitan Museum of Art, the Black Fashion Museum and The Smithsonian