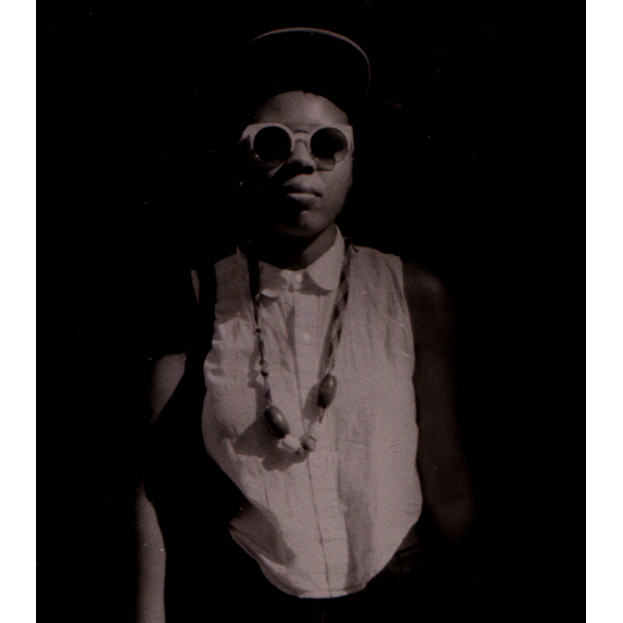 Martine Syms is a performance artist for the digital age. The graphic designer, digital artist, writer, and performance artist, Syms often incorporates found photos and vintage footage to create work that manages to be Post Modern as opposed to nostalgic.


While Syms’ aesthetic uses the past to look at the present and the future, she often deconstructs what is to “post” anything, as the prefix is often used to imply a finite stage in progress.

In her latest project, “The Misdirected Kiss,” Syms uses the 1904 comedy of the same name as a foundation to examine representations of black women in media, especially in terms of their desirability. In the original film, a silent comedy, a white suitor with poor eyesight mistakes a young black maid for the object of his affection. The film was a humorous take on class and caste, as well the historically charged relationships between black women and white men.

“I was thinking about this proliferation of images of black women,” Syms explains. “And I started thinking about the overarching idea of representation — of the desirability of black women. In these films, and in a lot of other popular media, on the one hand, they’re saying these woman are desirable. On the other, they’re negating it.”

Syms tackled the aforementioned phrase this past fall in her video performance piece, “Notes on Gesture.” The three-minute short film features Syms making dramatic gestures, and employing common phrases to depict many of the expressive movements that are commonly associated with black women. Such movements and gestures are often broken down into short clips, memes, and gifs usually for the amusement and employment of both black women and non-black people alike — buy with different intent, of course.

Notes on Gesture, Martine Syms from DIS Magazine on Vimeo.

“I think of this proliferation of images — of [actors such as] Taraji Henson and Viola Davis and all of this talk about the ‘year of the black woman,’ ” Syms says. “I think of meme images and GIFs, in which people use these women’s gestures to communicate. They have a currency.”