Pharrell Set To Work With Missy Elliott on New Album. 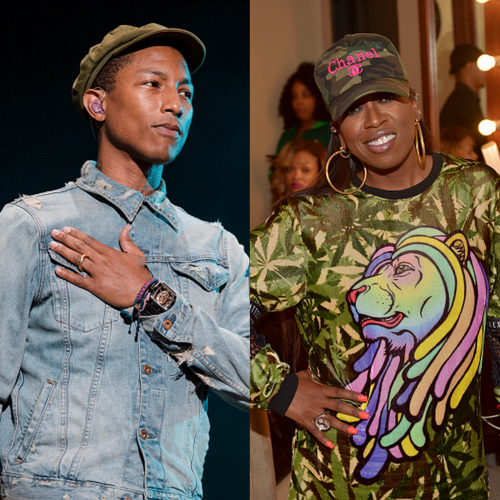 Over a month ago, Missy Elliott confirmed via, Twitter, that she was hard at work in the studio, and that her long-anticipated upcoming album would feature collaborations with Timbaland, Magoo, Tweet, and Ginuwine. Now, it looks like Pharrell Williams will be another collaborator on the project.


It’s been a decade and a half since the “Work It” singer released an album, 2005’s The Cookbook. And since her unforgettable Super Bowl performance alongside pop sensation Katy Perry, old fans and new admirers have been dying for a new project from the rapper. In the clip below, Pharrell confirms to funnyman Jimmy Fallon that he’ll be working with the hit-marker on her upcoming album. There’s no word yet as to when the album will drop. We’ll for keep you posted.