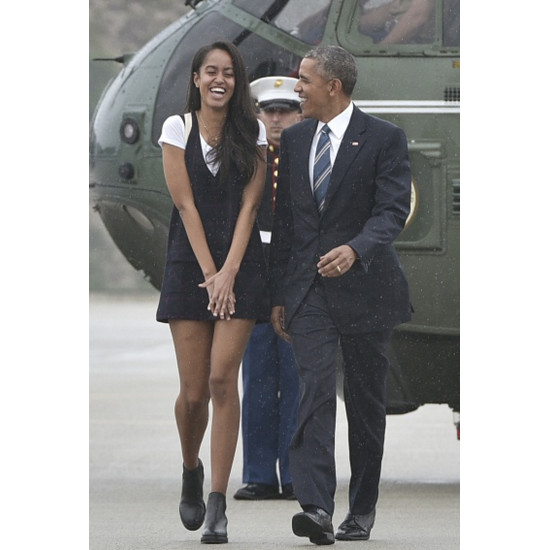 It’s no secret that President Obama is a deeply devoted parent to Sasha and Malia. Throughout his term, Obama has stressed the importance of giving women equal opportunities, something that is pretty personal to him as the father of two daughters.

The president recently wrote an essay for <em>Glamour magazine about how important it is for men to be feminists. He admitted to having his own personal breakthrough on the subject, after he made the decision to stop focusing on gender roles and instead to start focusing on changing cultural attitudes.

He also stated that when raising his daughters, he and wife Michelle, always encouraged them to speak up.

“Michelle and I have raised our daughters to speak up when they see a double standard or feel unfairly judged based on their gender or race — or when they notice that happening to someone else,” Obama wrote. “It’s important for them to see role models out in the world who climb to the highest levels of whatever field they choose. And yes, it’s important that their dad is a feminist, because now that’s what they expect of all men.”