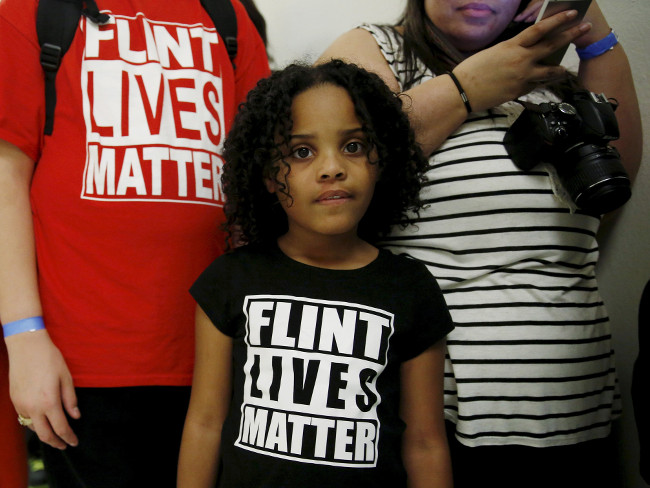 Over the past few months, celebrities and activists have sent an outpouring of support to Flint and many have wondered whether President Obama would eventually visit as well.

Eight-year-old Flint, Michigan resident Mari Copeny has emerged as a familiar face in the wake of the city’s ongoing water crisis. When Mari sent an email to the White House, requesting that President Obama come to Flint, the President responded.

Hello my name is Mari Copeny and I’m 8 years old, I live in Flint, Michigan and I’m more commonly known around town as “Little Miss Flint”. I am one of the children that is effected by this water, and I’ve been doing my best to march in protest and to speak out for all the kids that live here in Flint. This Thursday I will be riding a bus to Washington, D.C. to watch the congressional hearings of our Governor Rick Snyder. I know this is probably an odd request but I would love for a chance to meet you or your wife. My mom said chances are you will be too busy with more important things, but there is a lot of people coming on these buses and even just a meeting from you or your wife would really lift people’s spirits. Thank you for all that do for our country. I look forward to being able to come to Washington and to be able to see Gov. Snyder in person and to be able to be in the city where you live.

President Obama responded to Mari, thanking her for reaching out to him, and stressing the importance responding to citizens like her.

Thank you for writing to me. You’re right that Presidents are often busy, but the truth is, in America, there is no more important title than citizen. And I am so proud of you for using your voice to speak out on behalf of the children of Flint.

According to the White House, President Obama will be visiting Flint, Michigan on Wednesday, May 4th. During his time there he will meet with Mari in addition to other residents and will be briefed on the federal efforts in place to help.