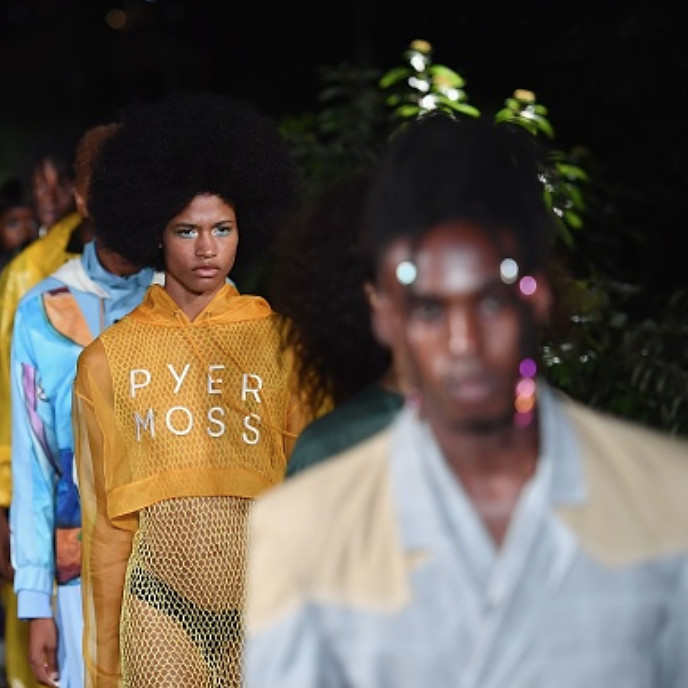 Pyer Moss was announced as the winner of the 2018 CFDA/Vogue Fashion Fund Award during an event held last night. The New York-based brand is helmed by Haitian-American designer Kerby Jean-Raymond. Actress Emily Blunt present Jean-Raymond with the award.

Pyer Moss is known for both a unique aesthetic and its pro-black message. In the past, Jean-Raymond has used his fashion shows to speak out about issues such as police brutality and the lack of diversity in the fashion industry.