Rihanna Unveils The Trainer Sneaker From Her Fenty For PUMA Collaboration Line. 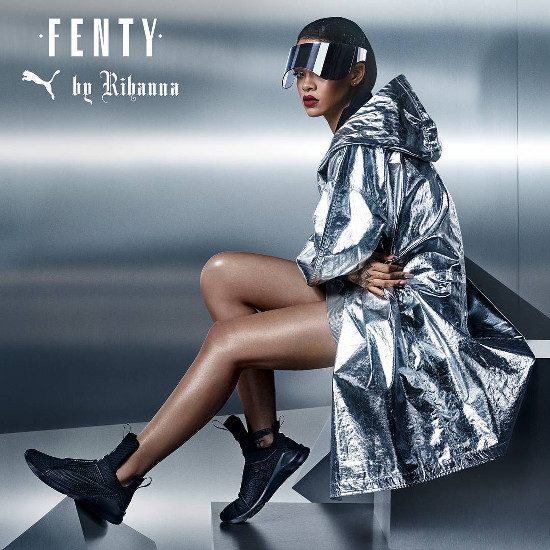 Back in 2014, news that Rihanna had been named a Creative Director at PUMA had fans wondering what to expect from the pop star.

The pop star’s first release from the collaboration, a creeper sneaker, had fashionistas and fans alike clamoring for the style, and it quickly flew off the shelves. Puma’s fourth quarter earnings have even jumped 17.1 percent from their 2014 earnings, largely due to the the early success of their collaboration with Rihanna.

Following a powerhouse, celebrity-studded show at New York Fashion Week, Rihanna has unveiled the second release from her Fenty for Puma Collaboration, “The Trainer.”

The Trainer is a slip on sneaker with an elongated tongue, mixed textured fabrics, and a subtle signature PUMA logo on the side. The sneaker, will be available in 3 colorways, Red Alert, Whiteout and Blackout. 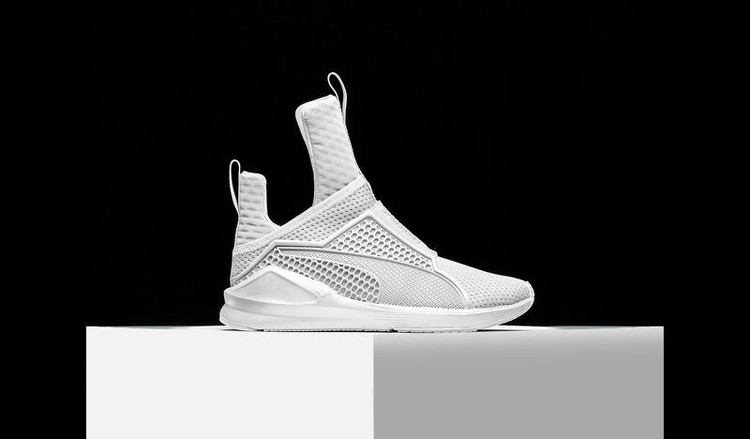 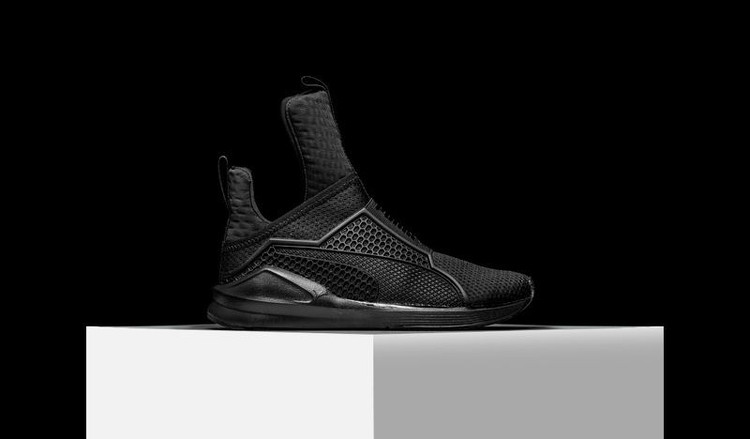