According to The Economist, using information compiled by the Inter-Parliamentary Union, Rwanda, South Africa, Senegal, and Cuba are among a list of nine countries in the world with the highest number of women in parliament.

The nine countries with the highest number of women in parliament https://t.co/3XnjSlICkZ pic.twitter.com/rgvjmiBHbH

Of course this list doesn’t paint a full picture when it comes to the ongoing gender disparities in these nations and all over the world. For example, girls all over the world are still struggling to receive an education. An estimated 31 million girls world-round, who are of primary school age, are not attending school. And when it comes to the nations which report the highest number of college degrees, and nations where women with formal education outnumber men, none of the four nations in this post make the cut.

Still lists like these are pretty fascinating, because, at the very least, they open up some very compelling dialogue about what gender equality actually looks like. 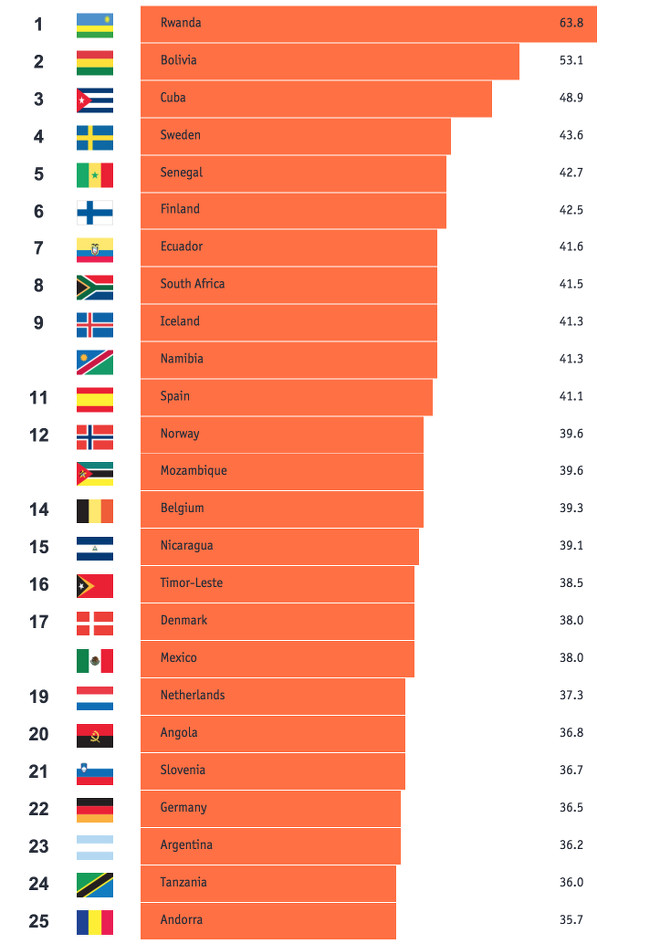