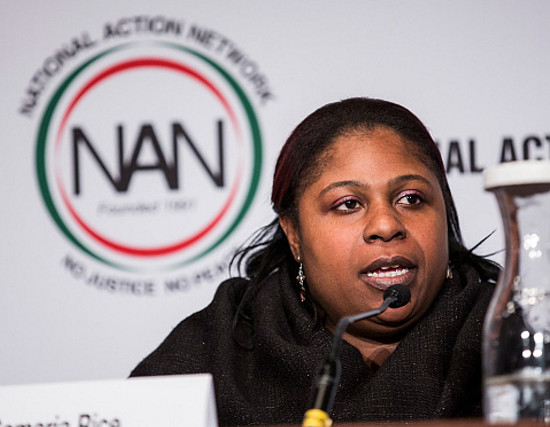 Many were saddened but not surprised by yesterdays’s announcement that a Cuyahoga County grand jury’s failed to indict either of the officers involved in the 2014 killing of 12-year-old Tamir Rice. Tamir was shot by Tim Loehmann after Loehmann and fellow officer Frank Garmback saw Rice holding a toy weapon. The two officers were prompted to the scene by a 911 call.

“My family and I are in pain and devastated by the non-indictment of officers Timothy Loehmann and Frank Garmback for the murder of our beloved Tamir. After this investigation—which took over a year to unfold—and Prosecutor McGinty’s mishandling of this case, we no longer trust the local criminal-justice system, which we view as corrupt.

Prosecutor McGinty deliberately sabotaged the case, never advocating for my son, and acting instead like the police officers’ defense attorney. In a time in which a non-indictment who have killed an unarmed black child is business as usual, we mourn for Tamir, and for all of the black people who have been killed by the police without justice. In our view, this process demonstrates that race is still an extremely troubling and serious problem in our country and the criminal-justice system.

I don’t want my child to have died for nothing and I refuse to let his legacy or his name be ignored. We will continue to fight for justice for him, and for all families who must live with the pain that we live with.

As the video shows, Officer Loehmann shot my son in less than a second. All I wanted was someone to be held accountable. But this entire process was a charade.

I pray and hope that the federal government will investigate this case.”

Following the news of non-indictment, activists led a peaceful protest in downtown Cleveland.